Home » Europe » United Kingdom » What to see in Greenwich

What to see in Greenwich

The royal borough of Greenwich is located in the southeastern part of London. It is known for its maritime history and for being the birthplace of some Tudor rulers, including Henry VIII and Elizabeth I. However, Greenwich is famous, because conventionally there passes the Prime meridian, according to which all time zones all over the world have been calculated.Given the importance of this place, I decided to visit it on the last day of my recent trip to London.

How to get to Greenwich

Another way is to get there by river: there are several shipping companies on the Thames that offer this service, including the RTS (River Thames Sevices) and the CityCruices. If you go to Greenwich by river, you can see the city of London and many of its attractions from another perspective, the one from the river.

For the more adventurous, there is another way to get to Greenwich: crossing the river on foot. If you look at the maps, you will see that there are no bridges linking Greenwich with the opposite bank of the Thames. Instead, there is a tunnel that passes under the riverbed at a depth of 4 metres. You have to get from Bank to Island Gardens by DLR. Leaving the station, you need to enter a small domed building, which is the tunnel entrance. You walk for about 5 minutes, since the tunnel is just under a mile long.

I got to Greenwich by boat from Westminster.

Top things to see in Greenwich

As soon as I got off the boat at Greenwich Pier, the first thing that welcomed me on the right was the Cutty Sark, a historical clipper ship used for the tea and wool trade on transoceanic routes between Great Britain, Asia and Australia. It was built in the IXX century and with its 17.5 knots speed, it was considered the fastest ship of the time. Now it is exposed out of the water, in a crystal structure, from which it is possible to see its keel. If you want to visit the ship, you’ll have to pay an entry ticket. I didn’t visit the interior, but it was nice to see it from outside – well, it doesn’t happen every day to see a clipper ship!

Another attraction is the National Maritime Museum, the largest naval museum in the world. The entry is free and the museum exhibits a collection that witnesses British maritime greatness. Inside, for example, the cabins of Mauretania are faithfully reproduced; you can admire many original objects coming from great exploration journeys; there is also a section dedicated to works of art that deal with the theme of navigation and another one dedicated to the greatest hero of the seas England has ever had: Admiral Horatio Nelson. 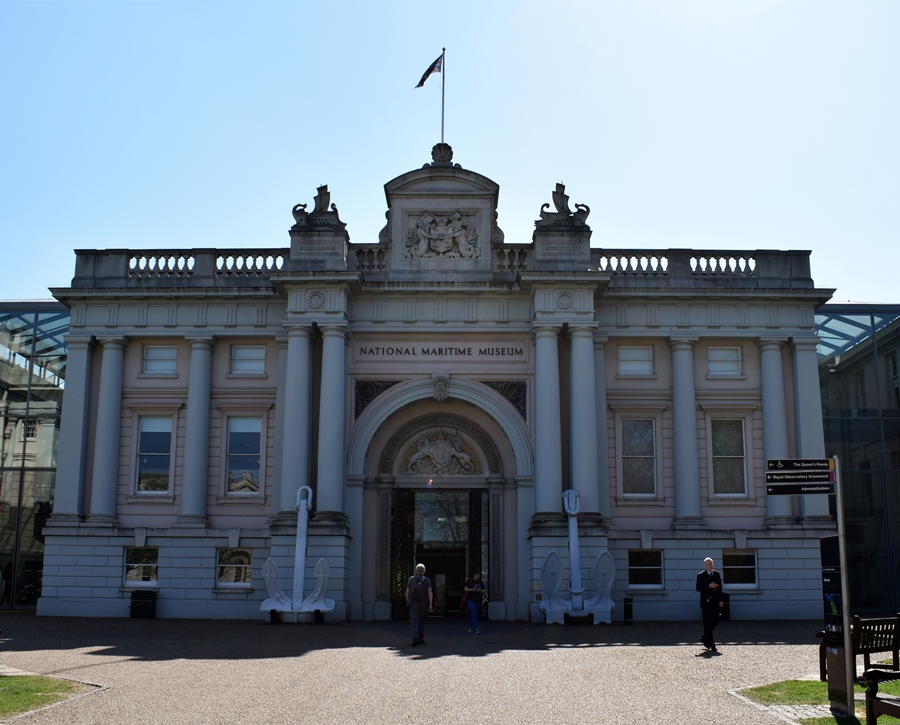 Proceeding to the left, you arrive at the Royal Naval College. In the past, there stood the royal palace known as Palace of Placentia, where several Tudor rulers were born, including Henry VII and Elizabeth I. There, moreover, Henry VIII himself married both Catherine of Aragon and Anne of Clèves and signed Anne Bolayn’s death sentence. Unfortunately nothing remains of the Palace of Placentia. Fallen in ruins during the English Civil War, it was rebuilt as a hospital for sailors and later converted into the Royal Naval College. 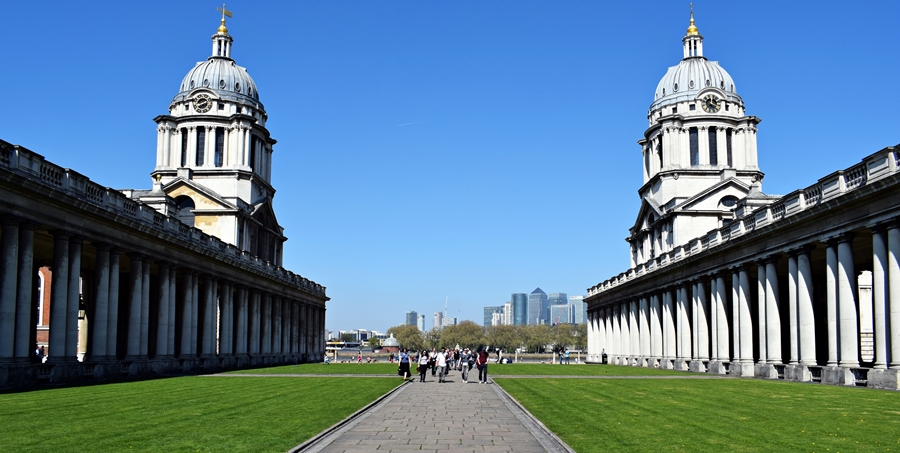 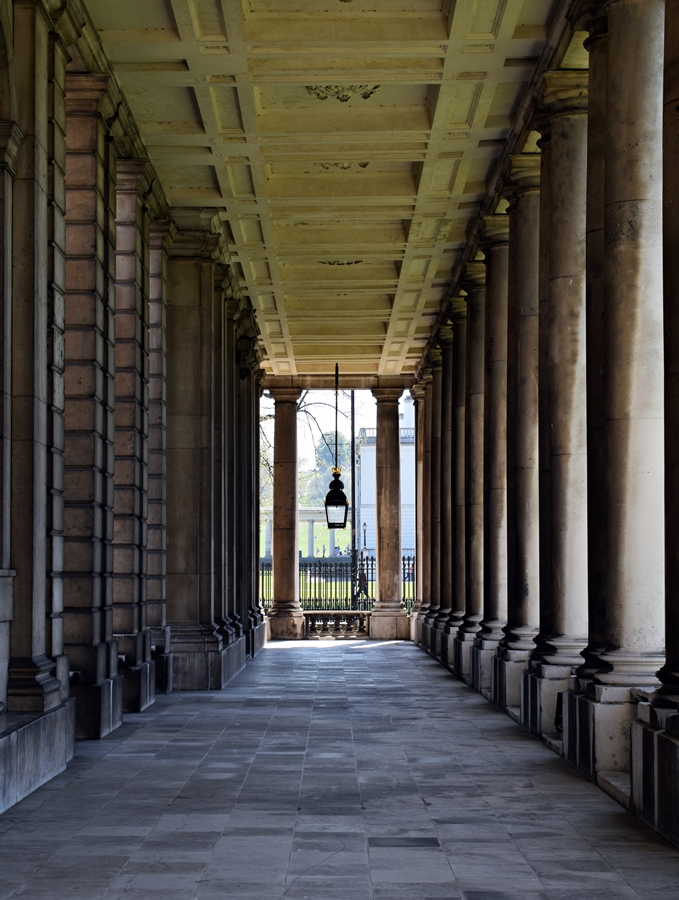 Colonnade of the Royal Naval College

Behind the Royal Naval College is Queen’s House , with free admission. It is a royal residence commissioned by James I for his wife Anna of Denmark. The monarch wanted the residence to be built following the model of the Italian Palladian villas. The staircase that connects the ground floor with the upper one, the Tulip Staircase, is very famous. 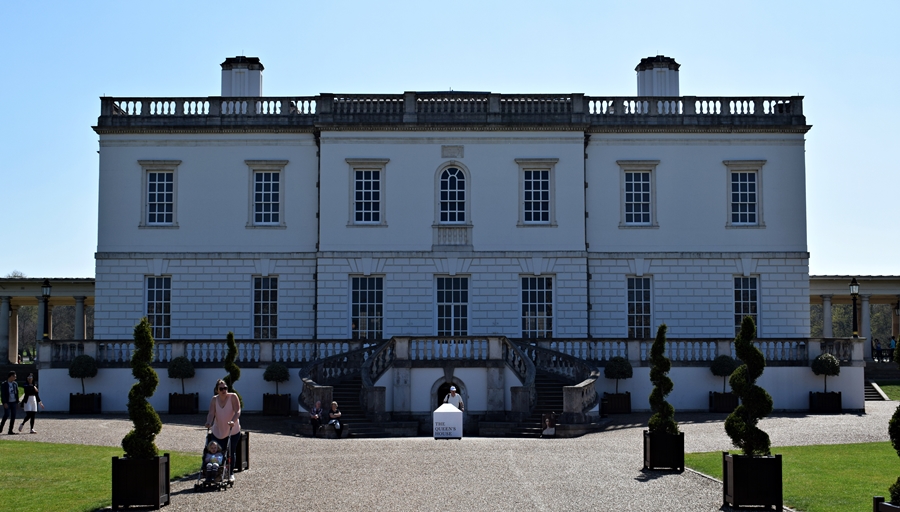 Greenwich Park and the Royal Observatory

Behind the Queen’s House is Greenwich Park, a royal garden now used by Londoners and tourists for relaxation. At the center of the garden stands the Royal Observatory hill. 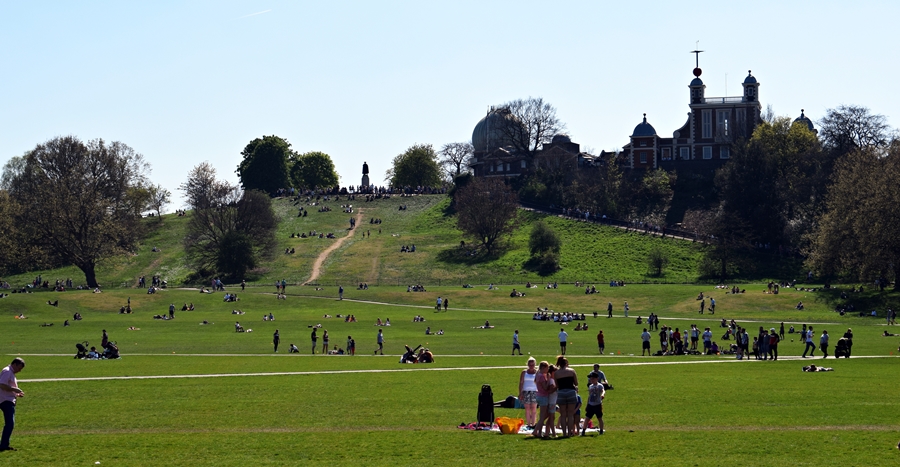 If you want to enter the royal observatory, you have to pay an entry ticket. You can see Flamsteed House, the home of the first royal astronomer, John Flamsteed: inside there are rooms left with the furniture of the time and others used to display ancient astronomical instruments; the house also offers a terrace overlooking the Queen’s House and the Royal Naval College. 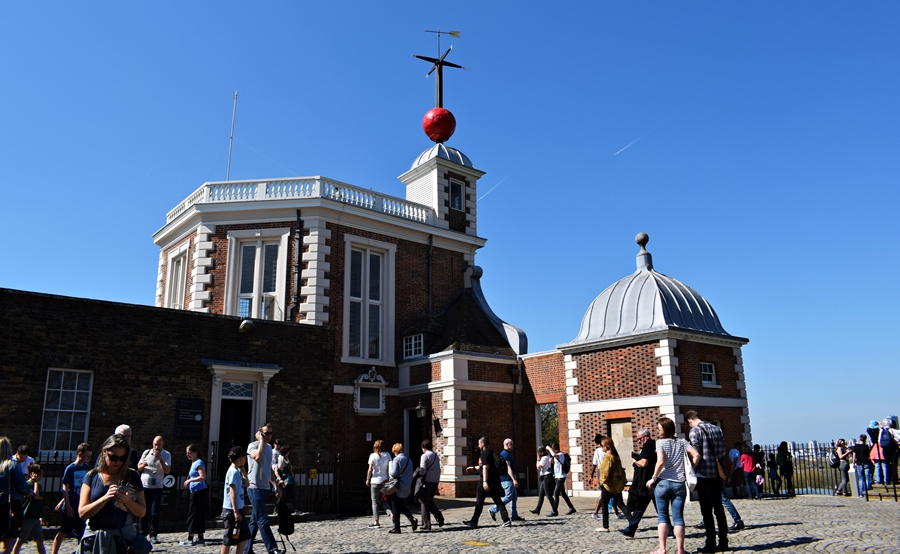 The main attraction is the line drawn on the floor that marks the passage of the Prime meridian. Honestly, paying almost 10 pounds to see a metal bar fixed in the floor seems a bit too much. 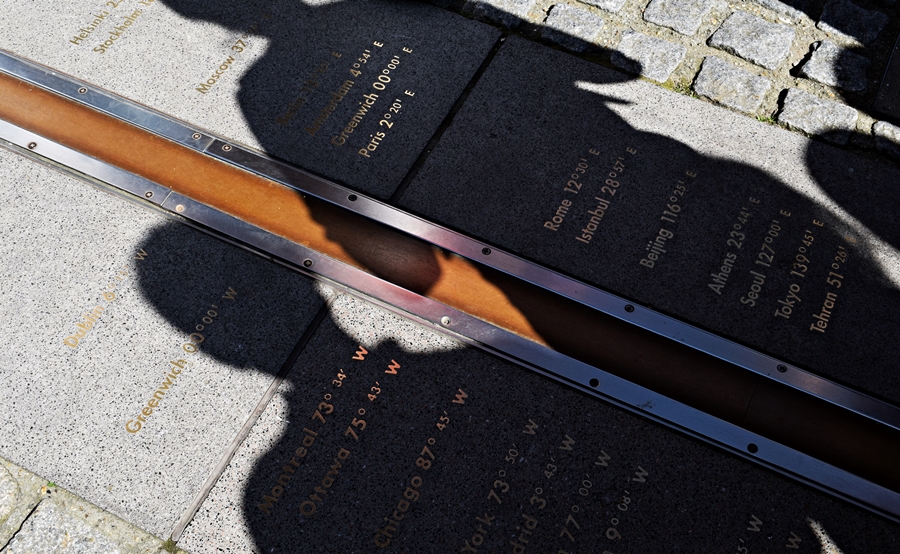 The village of Greenwich

After visiting the whole area of Greenwich Park, the village of Greenwich is definitely worth a visit.Walking among its streets, there are many restaurants, bars, pubs, shops. A must-see is the Greenwich Market, where you can find many antiques, crafts, paintings, fashion and much more. 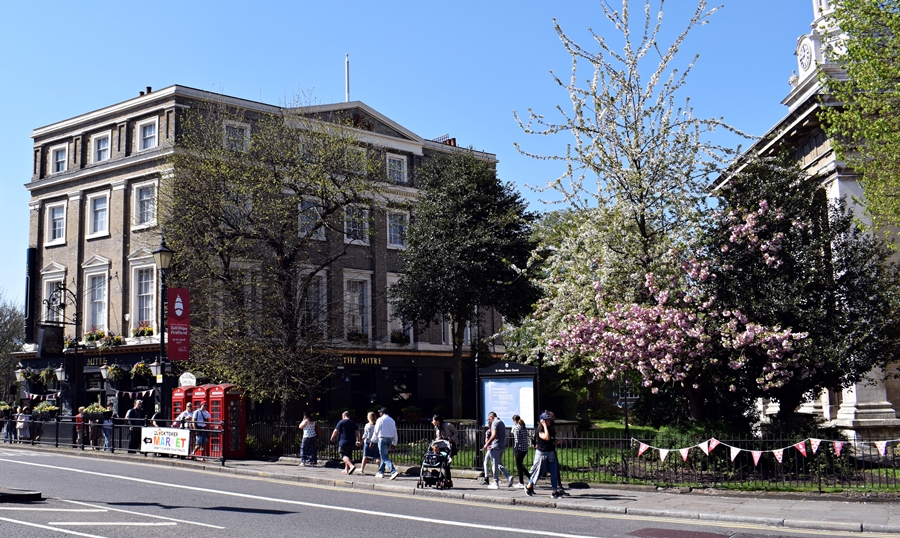 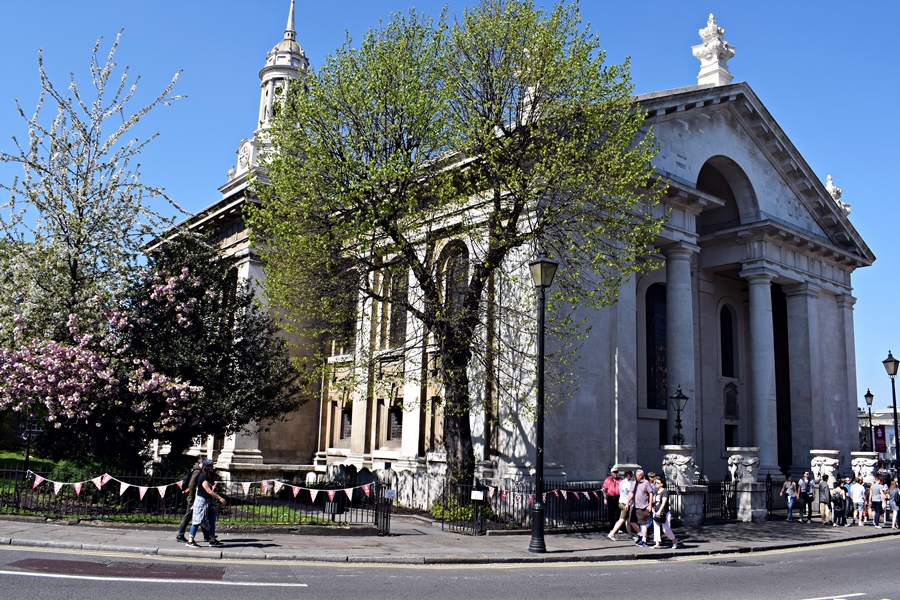 Here is a video of my day in Greenwich from my YouTube channel: