Turin: the Chapel of Bankers and Merchants

In Turin, in the central Via Garibaldi, stands a place little-known by mass tourism, but also by the Turinese themselves. This is the Chapel of Bankers and Merchants. I went there a few weeks ago and now I’ll describe it to you.

Chapel of Bankers and Merchants: background

The Chapel of Bankers and Merchants was built at the end of the 17th century by the “Pious Congregation of Bankers, Traders and Merchants“, which needed a place for their meetings and for prayer. Several artists from various cities were involved in the project, including Stefano Maria Legnani, Guglielmo Caccia, known as Moncalvo, Andrea Pozzo, Luigi Vannier, Stefano Maria Legnani, Sebastiano Taricco and Niccolò Carlone.

Today it is used for liturgical celebrations and classical music concerts, given the excellent acoustics that characterizes it.

The Chapel of Bankers and Merchants is a little-known place because, despite being in a very central position in Turin, it is not easily identifiable from the outside. It stands in fact at number 25 of Via Garibaldi, the famous pedestrian shopping street in Turin, where the Informagiovani office (an organization that help young people to find a job) is located. During the opening hours, it is signaled by a sign placed in front of the Informagiovani entrance. 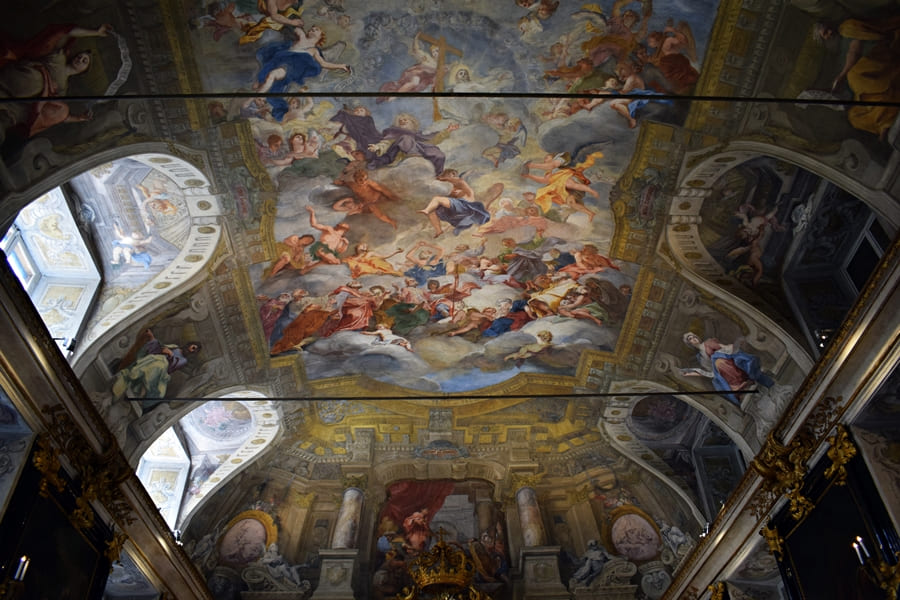 Entering the Informagiovani office, just follow the signs, and after passing a small corridor, you will get to the chapel. As soon as I entered, the first thing I said was “Wow!”. I was speechless before such a beauty. The Chapel of Bankers and Merchants is a true Baroque jewel, which Turin guards very jealously.

The first thing that immediately catches the eye of visitors is the entirely frescoed ceiling. Made by Stefano Maria Legani called “Legnanino”, it depicts the theme of the triumph of Paradise, with the figures in the foreground of the Father, the Son and some characters from the Old and New Testaments. 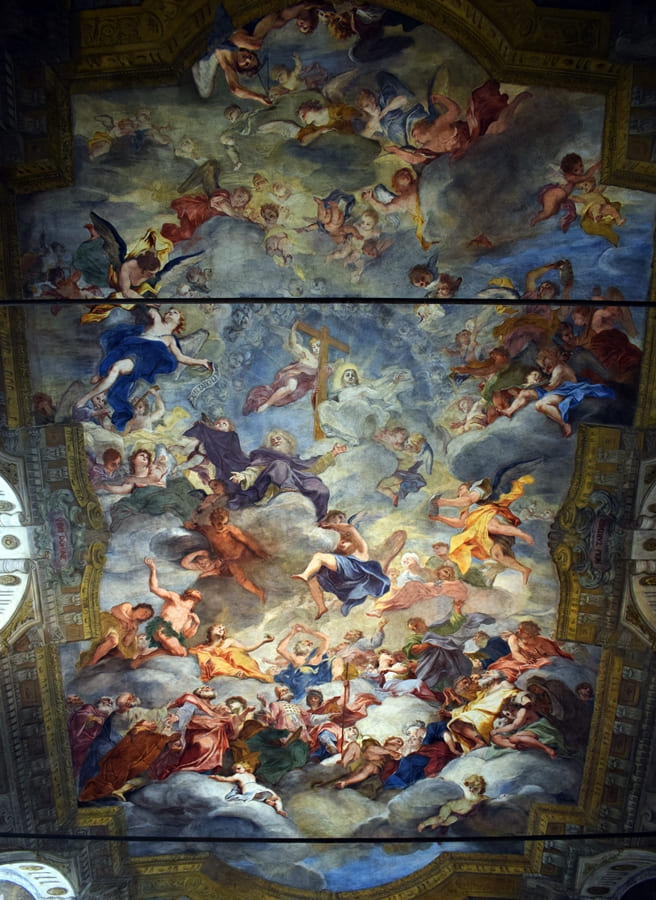 On the walls, instead, there are twelve paintings, all made by different painters, with the theme of Epiphany. It is not a theme chosen by chance, because the Congregation celebrates its annual festival every January 6th. In addition to paintings and frescoes, the chapel is decorated with wooden furniture, such as benches, choir and organ; on the other hand, the altar is made of marble. Very beautiful is the 18-century organ, placed in front of the altar. 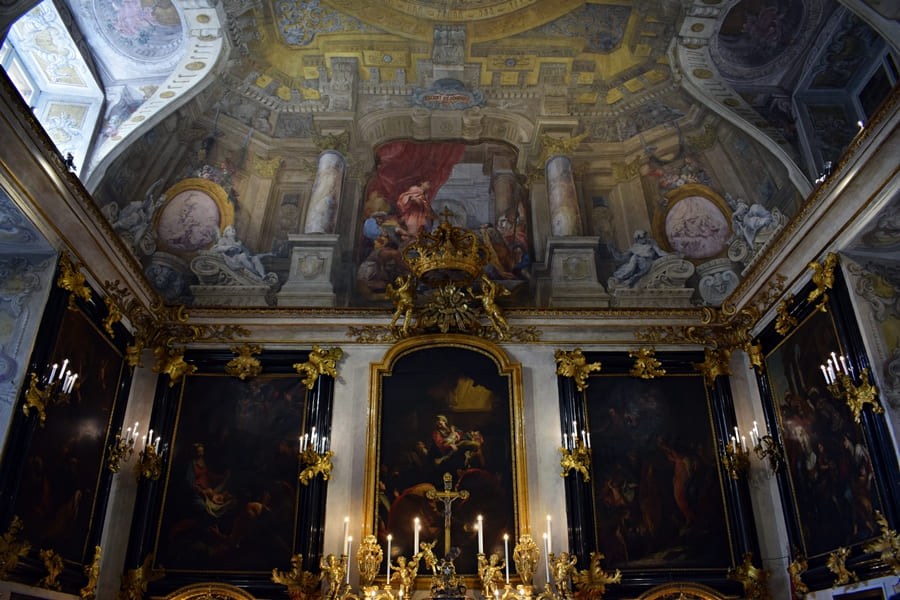 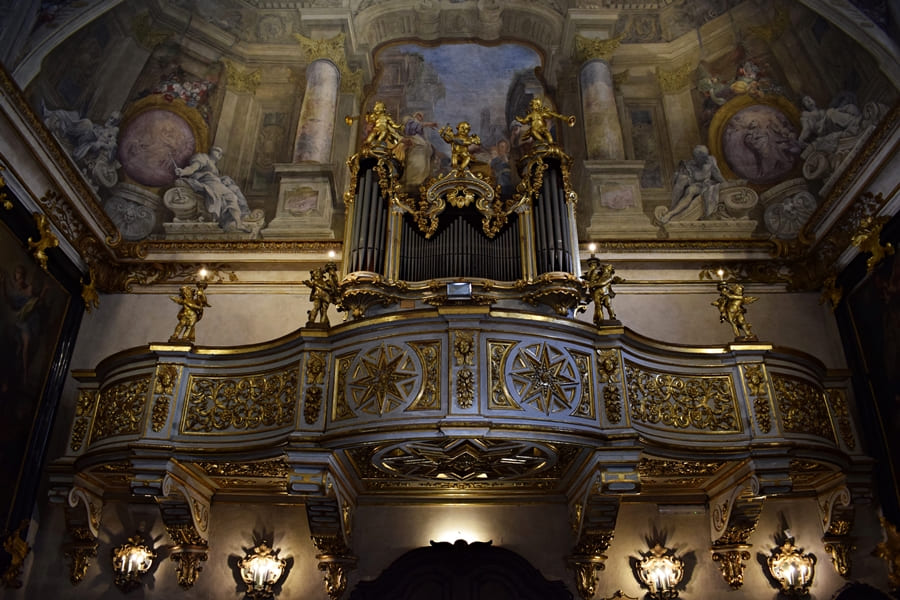 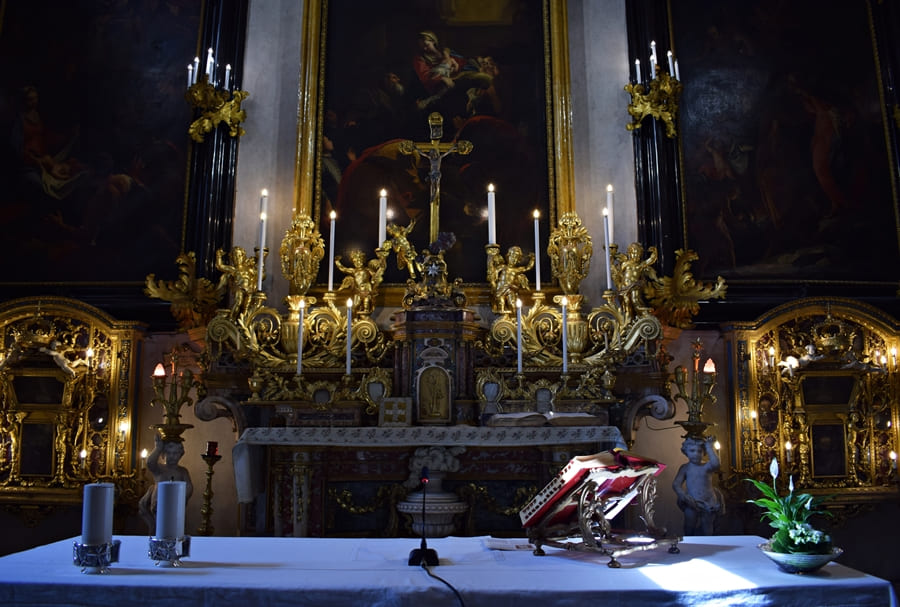 In the sacristy, there is the famous Universal Mechanical Calendar built by Giovanni Amedeo Plana, a Piedmontese mathematician and astronomer known all over the world. This calendar allows you to measure with a maximum precision a time span of 4000 years from year zero, including the calculation of tides, lunations, days of the week and Christian holidays. All this thanks to a particular system of cylinders, which allows the perfect combination of information. 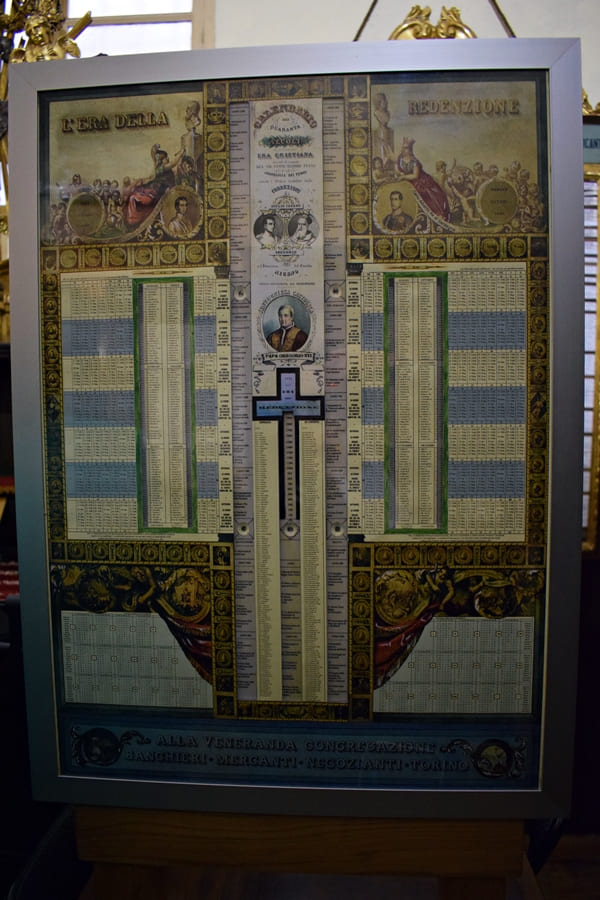 As mentioned above, the Chapel of Bankers and Merchants is located in Turin in Via Garibaldi 25 (at the Informagiovani office), easily reachable on foot from Piazza Castello.

The Chapel is not always open to the public and it has the following opening hours:

If you want to attend a mass, it takes place on Sunday mornings at 11 am.

For any other information, also related to musical events that take place at the chapel, visit its official website.

If you’re looking for other information about places to see in Turin, click here.