London has got too much to offer and 2 days are not enough to visit it entirely. Optimizing the time, trying to visit the attractions which are closer to each other and, alas, making some renunciations, you can see many things anyway. In the previous post, I talked about the first trip day in the marvelous London, describing the itinerary I followed on foot from Westminster, to the Tower of London and the shopping streets.

I am going to talk about my second trip day in London, walking around the skyscrapers of the City, London financial district, and Notting Hill. Having tight time, that morning I started my tour very early. In order to optimize the time, I went to St. Paul’s Cathedral by tube, using the Central Line (red line) from Shepherd’s Bush to St. Paul’s.

St. Paul’s tube station is just a couple of walk from the cathedral. Outside the cathedral, I got into its rear yard from a lateral gate. In the middle of it stood a little fountain with the statue of St. Paul on top of a column. 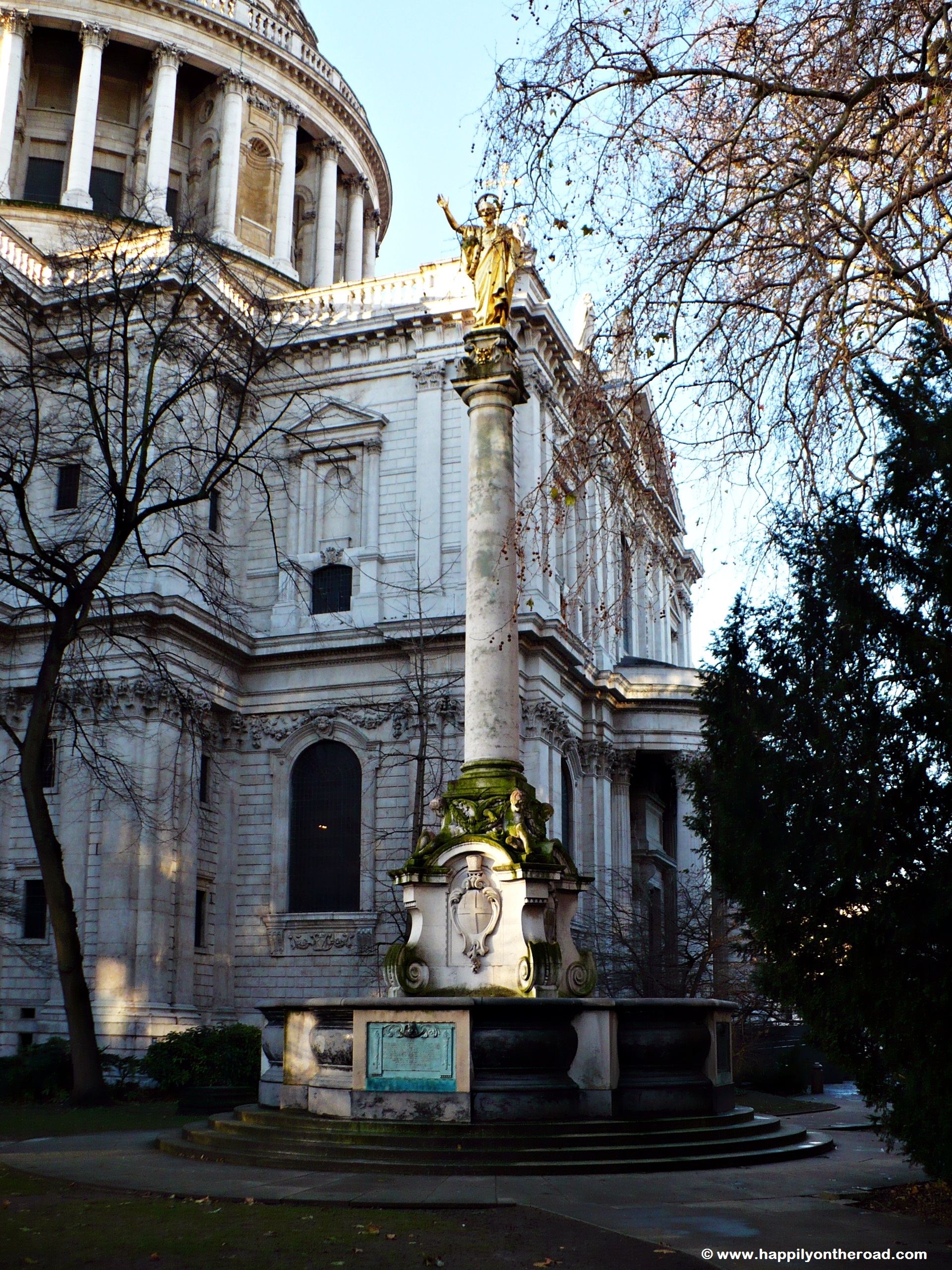 The cathedral is popular because royal weddings are celebrated there – how to forget the famous wedding between Prince Charles and Lady Diana. It’s possible to visit the cathedral and go up its majestic dome, second greatest only to the one of St. Peter’s Basilica in the Vatican. 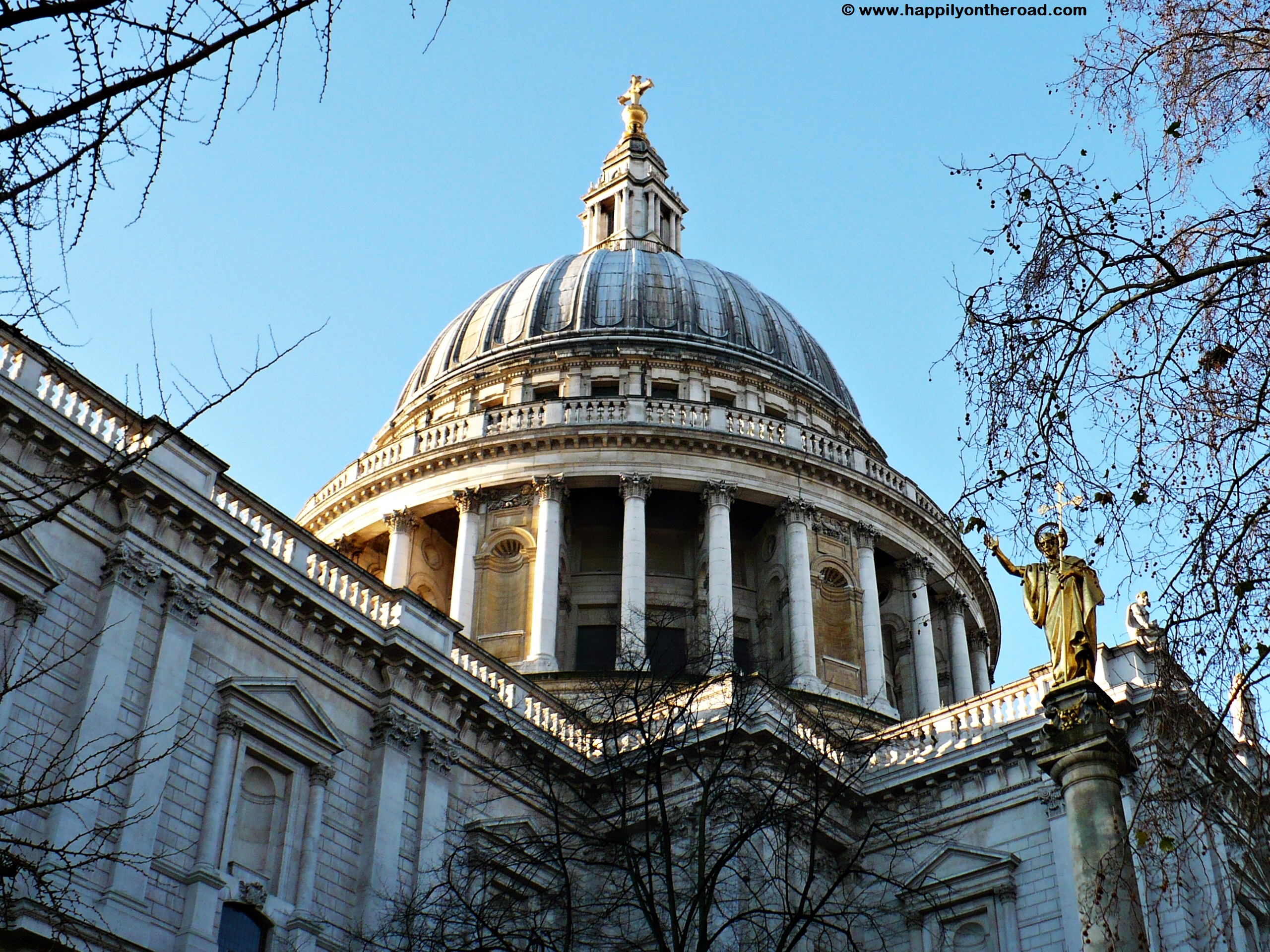 I avoided it because I knew that – at a much lower price – I could enjoy a view from above of London from The Monument; but I will talk about it later. 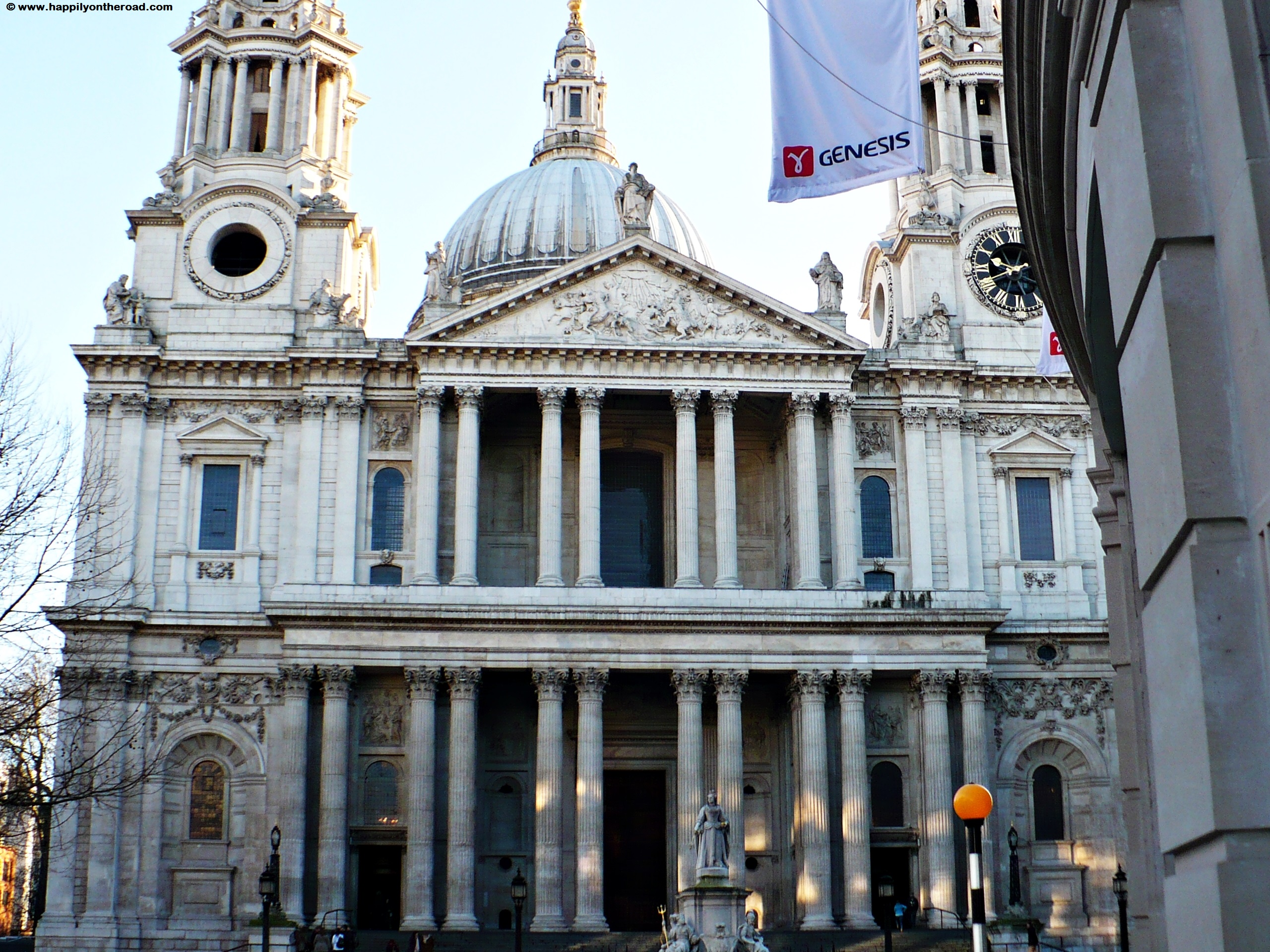 Next stop of my tour was the Globe Theatre. In order to get there, I had to cross the Thames and the closest bridge was the Millennium Bridge. It’s a pedestrian bridge, inaugurated by Queen Elizabeth in 2000 for the new millennium – that’s the reason why of its name.

When it comes to the Globe, they usually say that it is the theater of William Shakespeare. Actually this is not the case, because it is just a loyal reproduction of the true Globe, destroyed during the 17th century. The structure is made of wood, as in the original theatre, and octagonal with an open space in the center to let natural light get inside.The theater offers a rich theater season every year between May and October, featuring the most famous Shakespearean works. 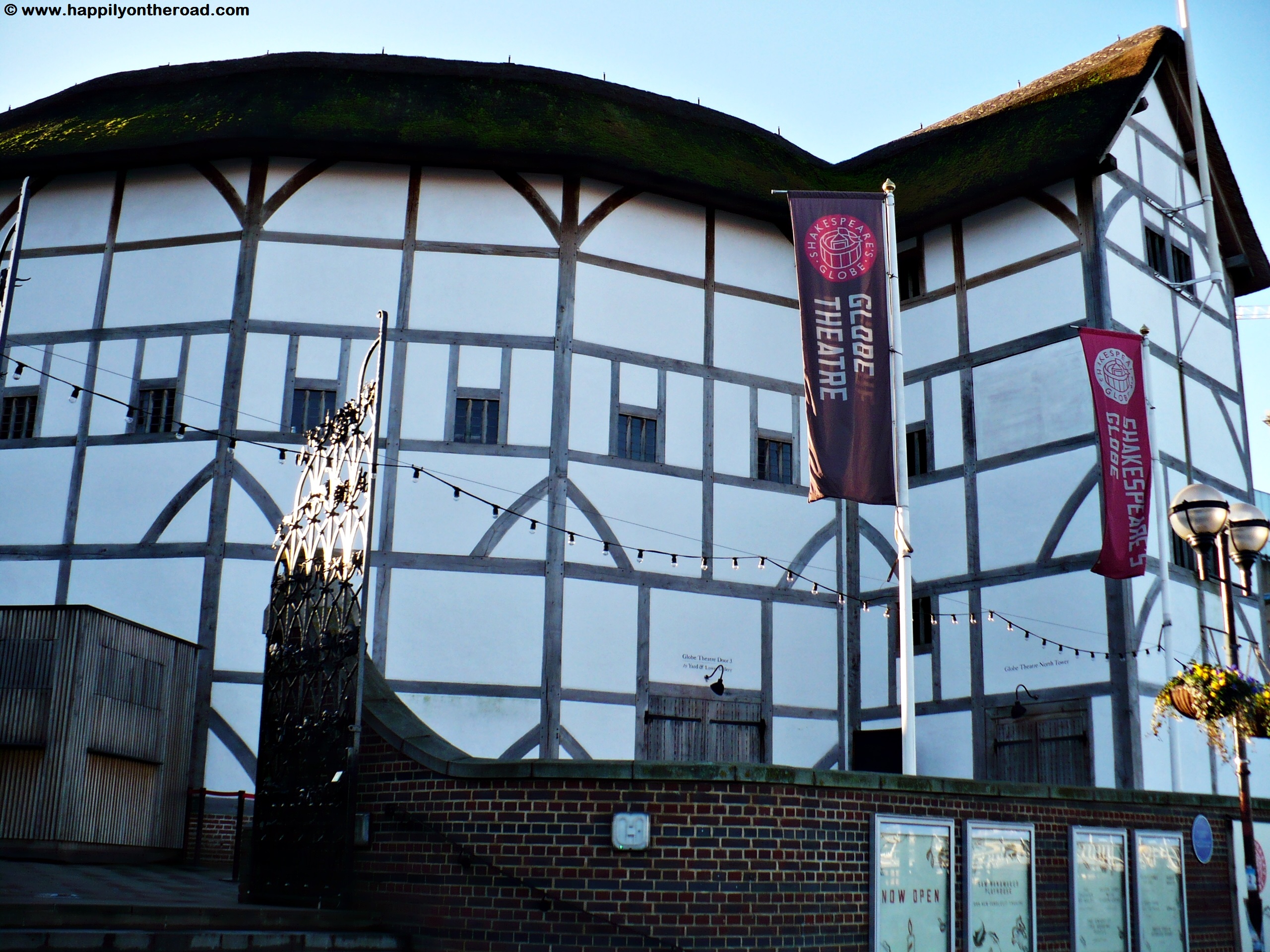 Next to the Globe, there’s the famous Tate Modern, a modern art gallery housed in a former power plant.This is a perfect example of redevelopment that has characterized London over the last few years, transforming the ancient local dedicated to port activities into luxurious accommodation or cultural spaces.Though the entry was for free, I decided to skip the Tate because I admit I am not a great lover of modern art and I preferred to spend that time wandering in the city.

Wandering in the City

After having seen the Globe Theatre, I crossed the Millennium Bridge again. As I got to St. Paul’s Cathedral, I started walking towards the City, London financial district. As I approached, the city changed: from houses and palaces in typical British style, I was getting closer to ultra-modern skyscrapers with big windows. 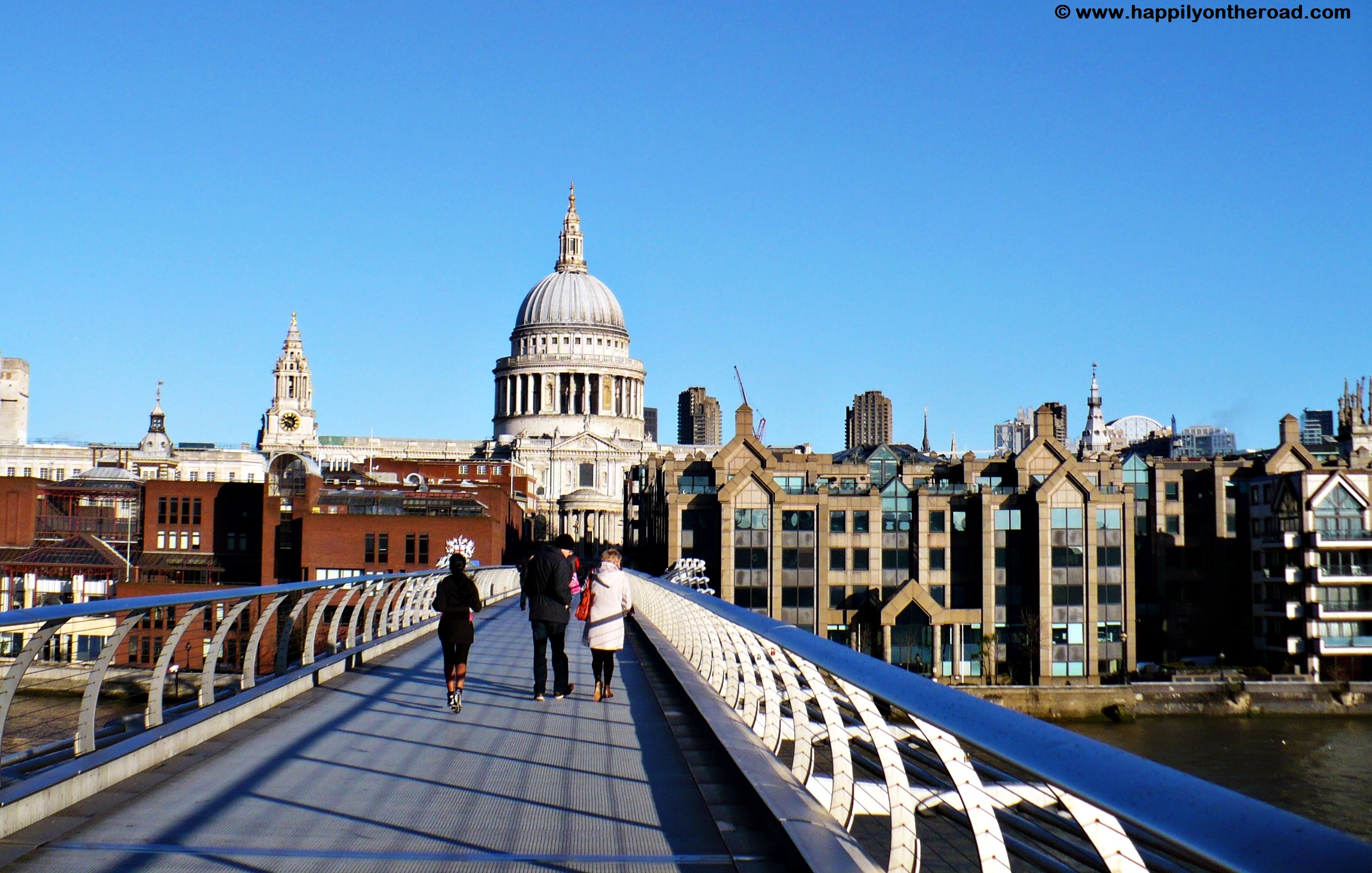 It was Saturday morning and so there were only a few tourists like me wandering in the City, as the financial activities were steady for the weekend. If you visit the City on a working day (I did it in a subsequent trip to London), you will find a frantic coming and going of business people. So, the weekends or holidays are definitely the best time to visit the City. 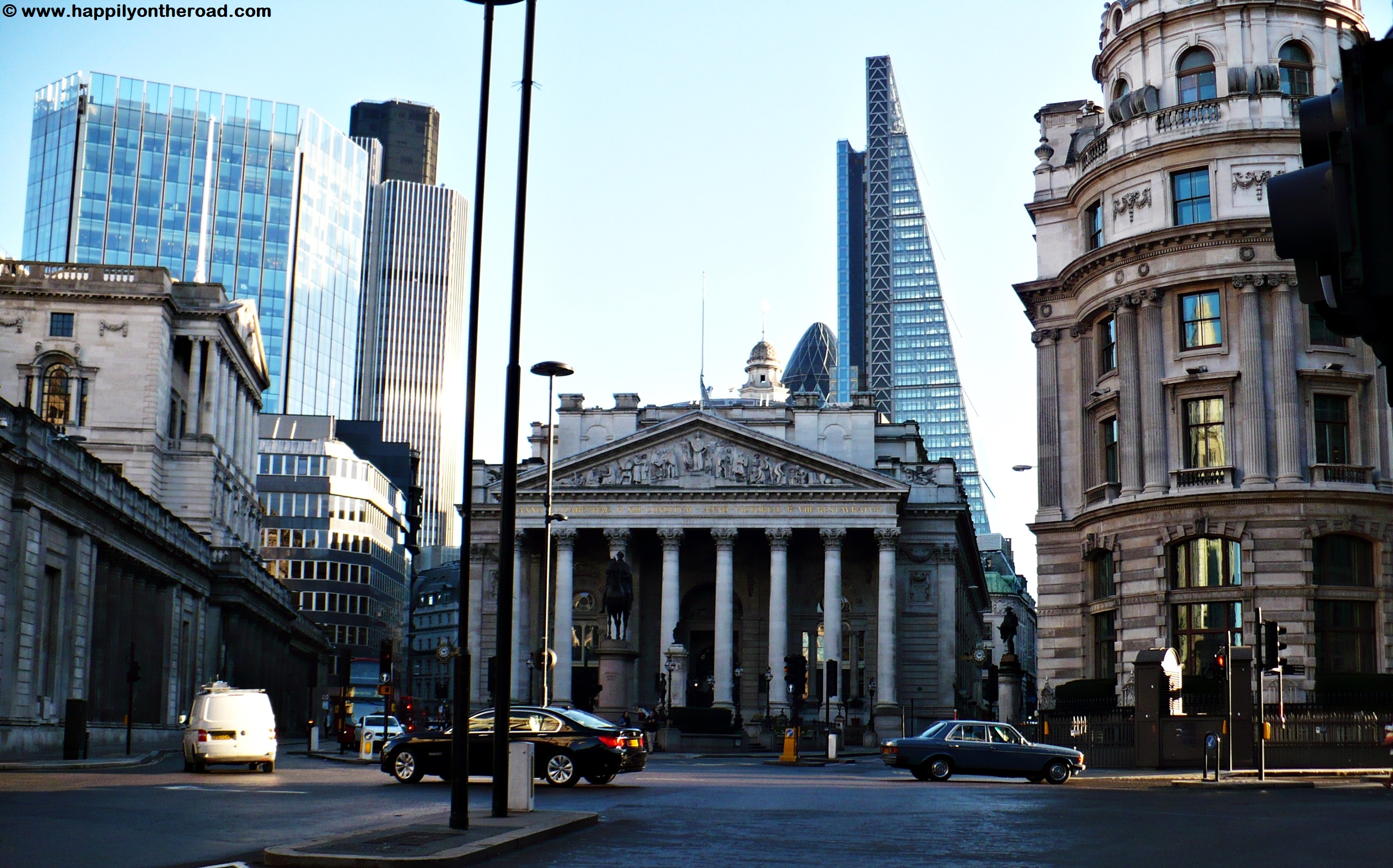 The first thing that made me realize I had reached the City was the Royal Exchange, which houses the London Stock Exchange. It is a building that stands out immediately, because it is in neoclassical in style with a porch of Corinthian columns. It stands in a small square, where you can also see the Bank of England, on the left side of the Royal Exchange, and the equestrian statue of the Duke of Wellington.

From there Lombard Street begins. It is one of the main streets of the City and London’s banking headquarter since the Middle Ages. Its name comes from the Lombard bankers, who had their offices there. The main feature of Lombard Street is not in the buildings, but in the signs which witness its past: when most of the population was illiterate, people could recognize their bank from the heraldic symbol in the sign.

Walking around the City means to walk among skyscrapers. They are of all heights and forms and some of them are a bit bizarre. The most famous example is the one in 30 St. Mary Axe, better known as Gherkin. The name Gherkin, as well as deriving from its unusual form, was given by the Londoners when, at its inauguration, the skyscraper was illuminated with green lights, really assuming the appearance of a cucumber. 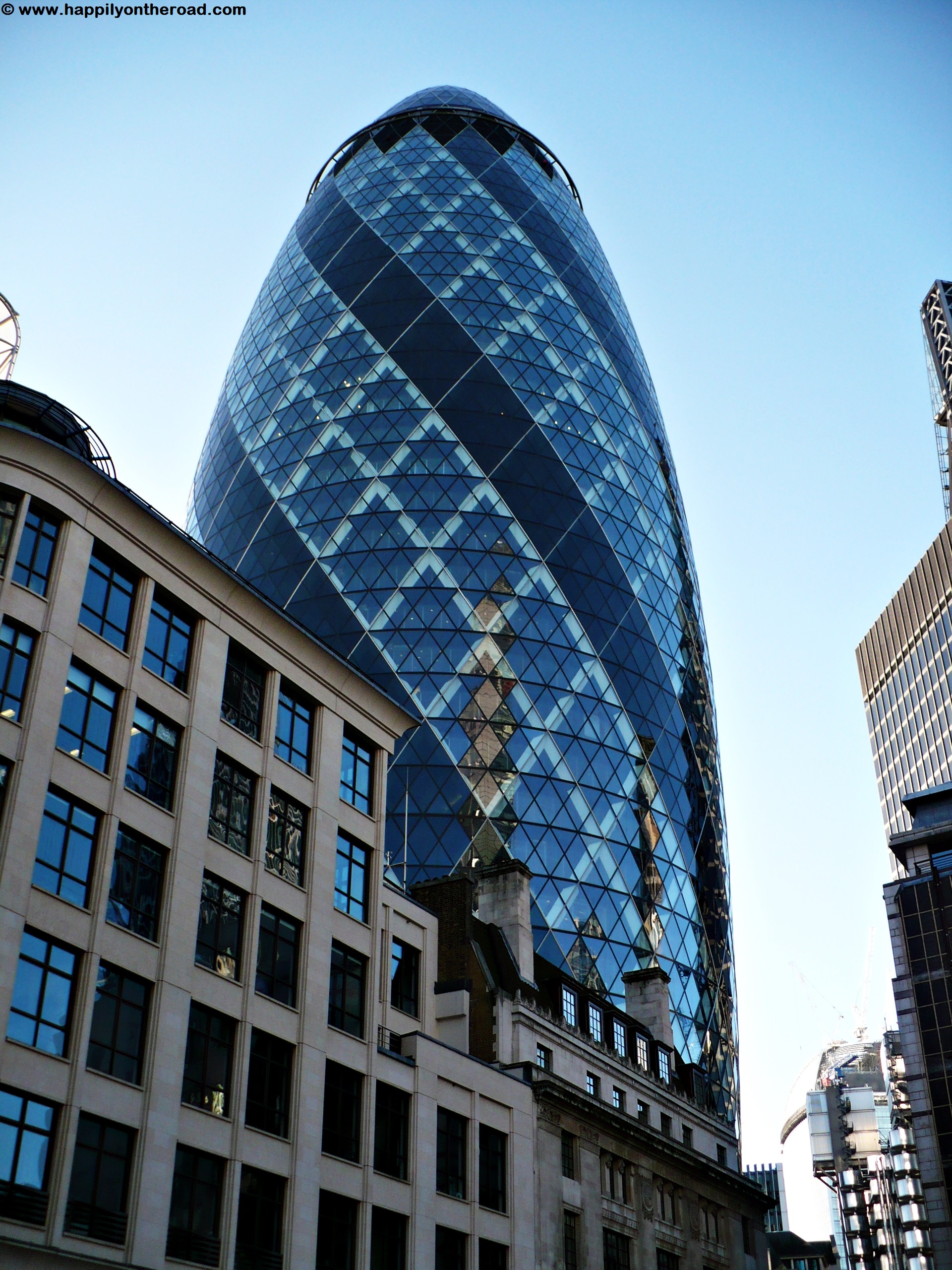 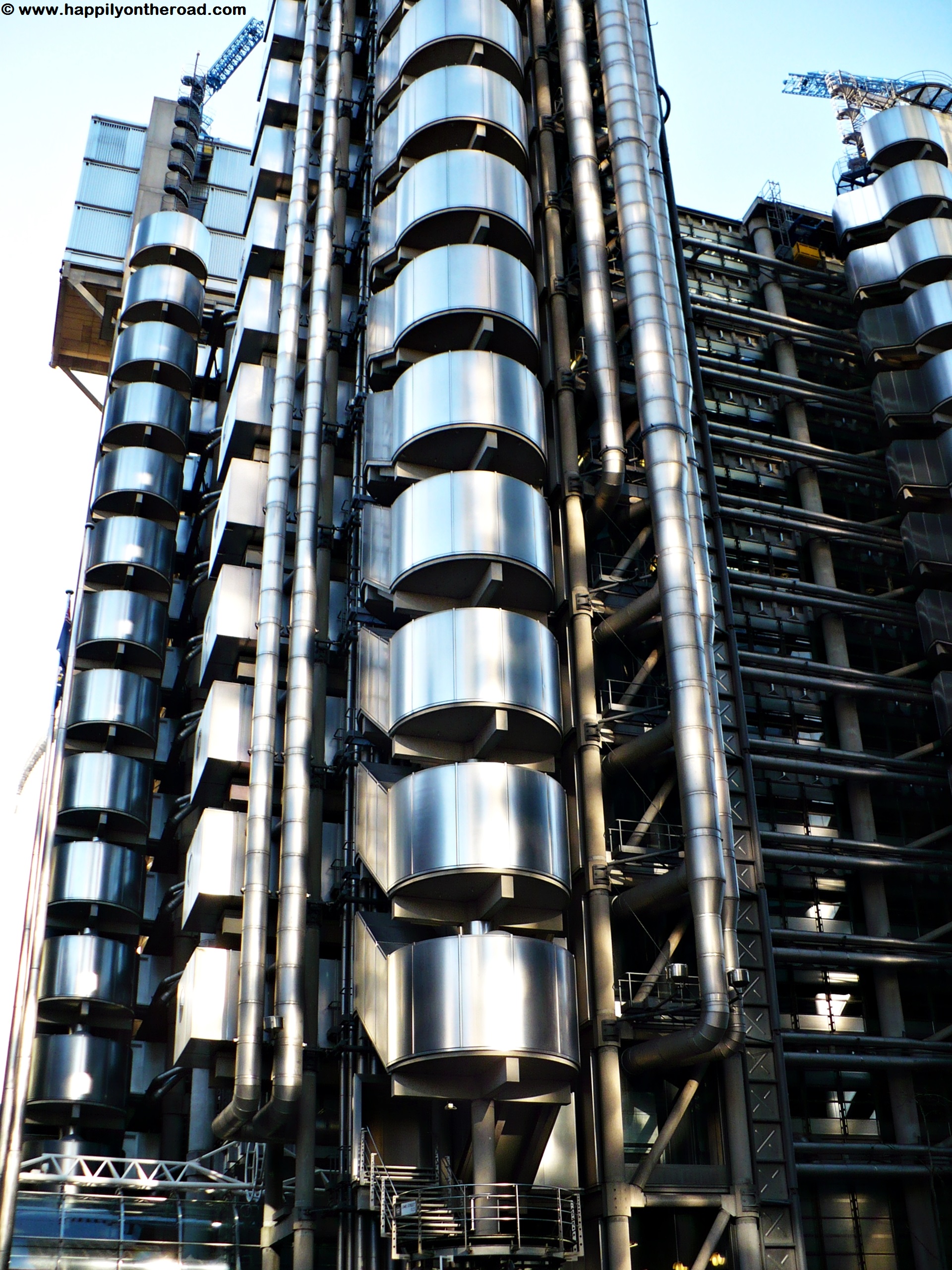 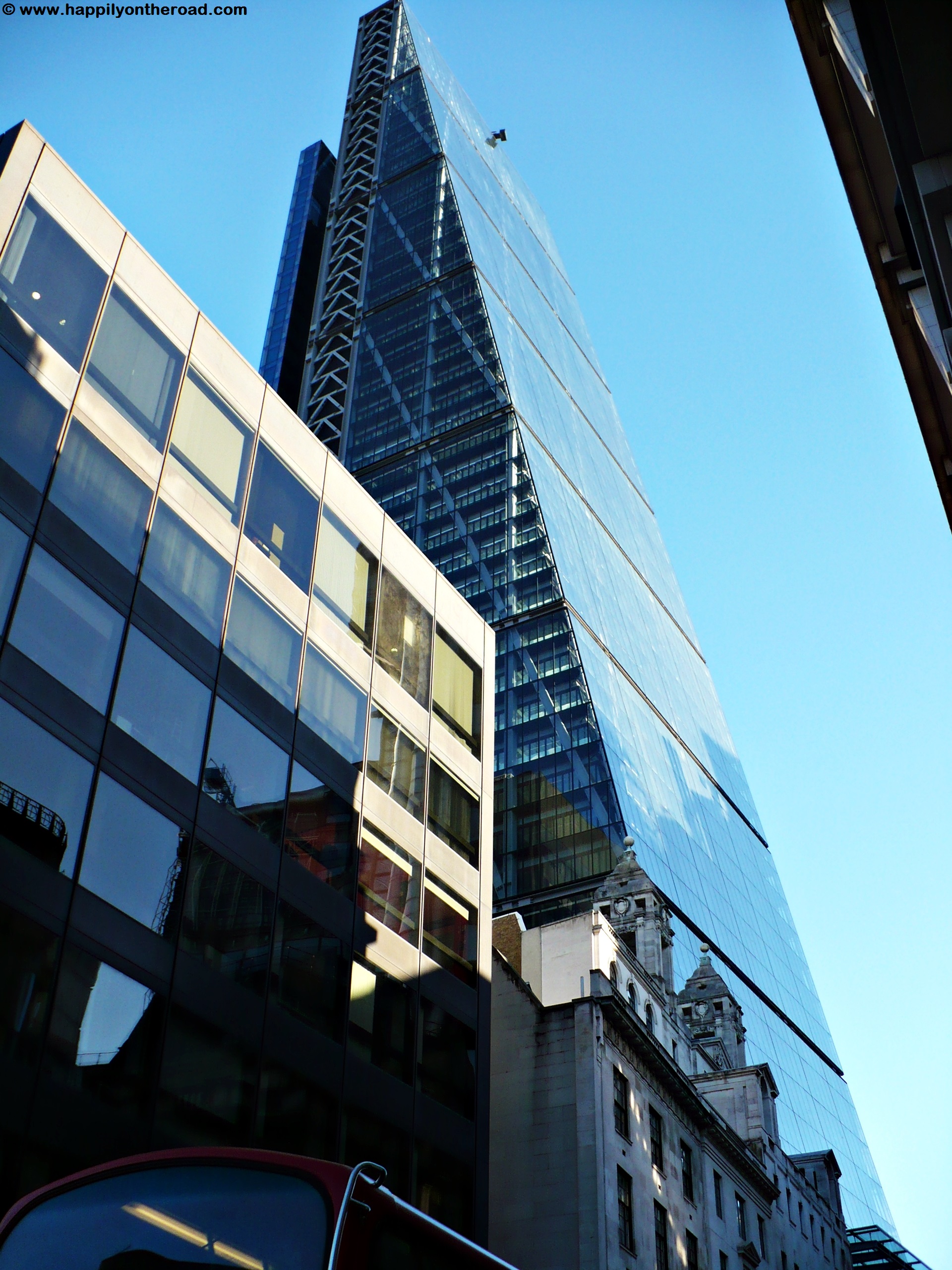 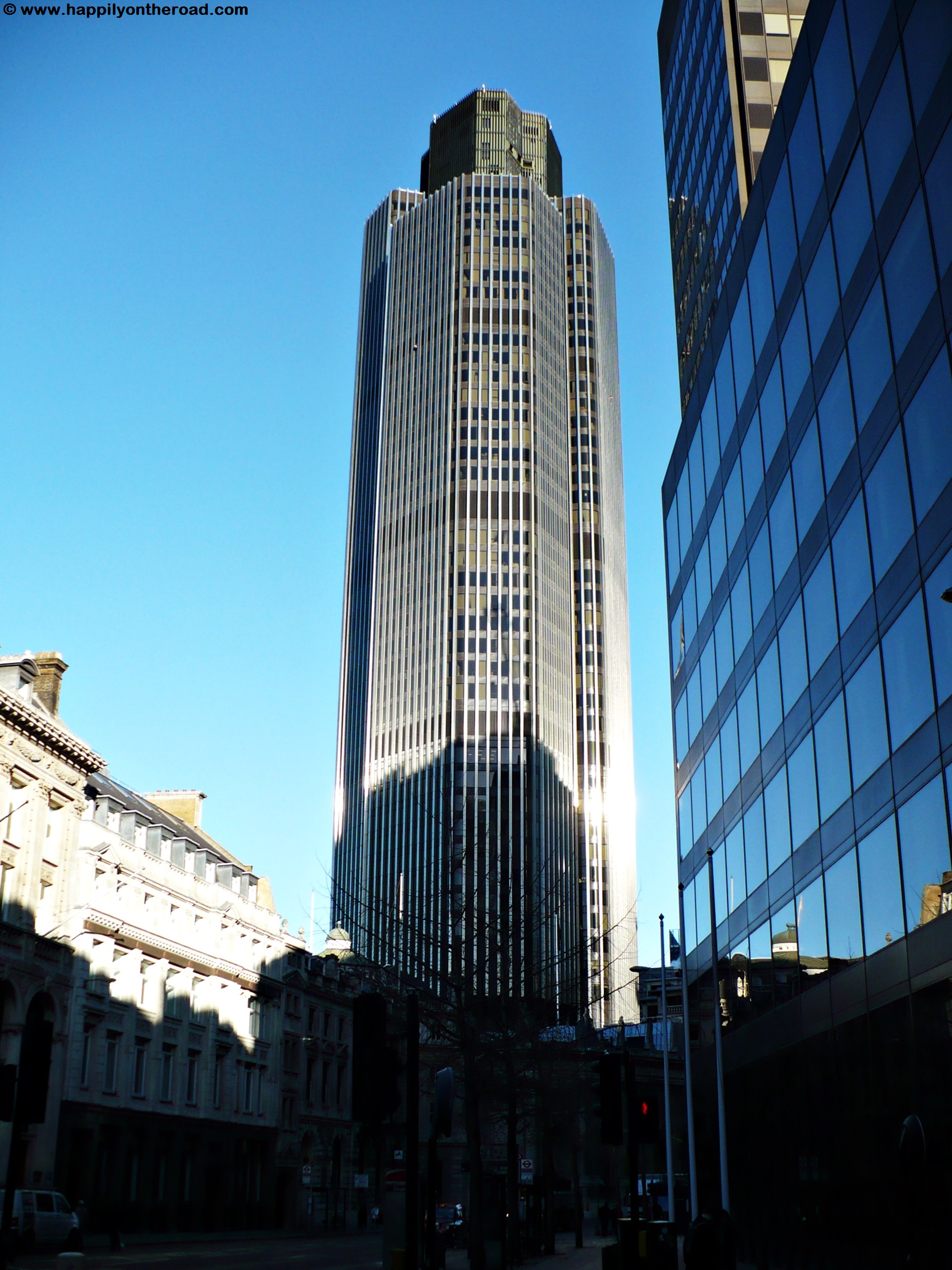 One thing that struck me a lot in the City is the fact that modernity and history mingle. It happens, in fact, to walk among the skyscrapers and to come across a medieval stone church. 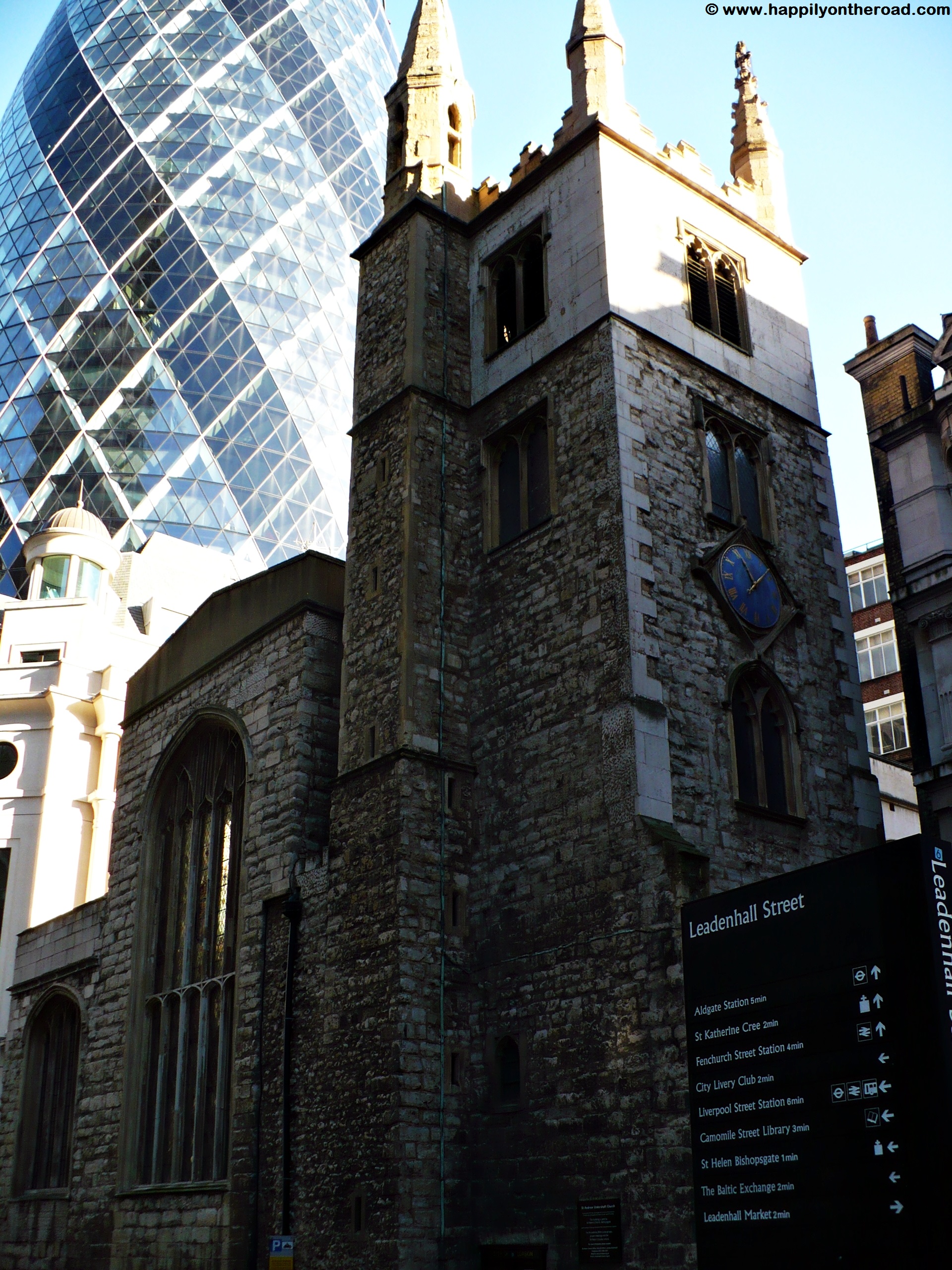 Ancient church in the heart of the City of London

After finishing the tour of the skyscrapers of London‘s financial heart, my next stop was The Monument. It is an over 60 metres tall column, built in memory of the great fire that destroyed London in 1666, and stands at the exact point where it broke out. You can climb to the top of the column to admire a wonderful panorama of the city from above – all this for just 3 pounds.

To do this, however, you need to climb the 311 steps of the spiral staircase inside of it. It is not impossible; however, it is not advisable to go up to those who have the phobia of narrow spaces, because the space becomes narrow especially when you meet people in the opposite direction of yours. At some points there are some little spaces where you can rest, but not so many along the ascent. 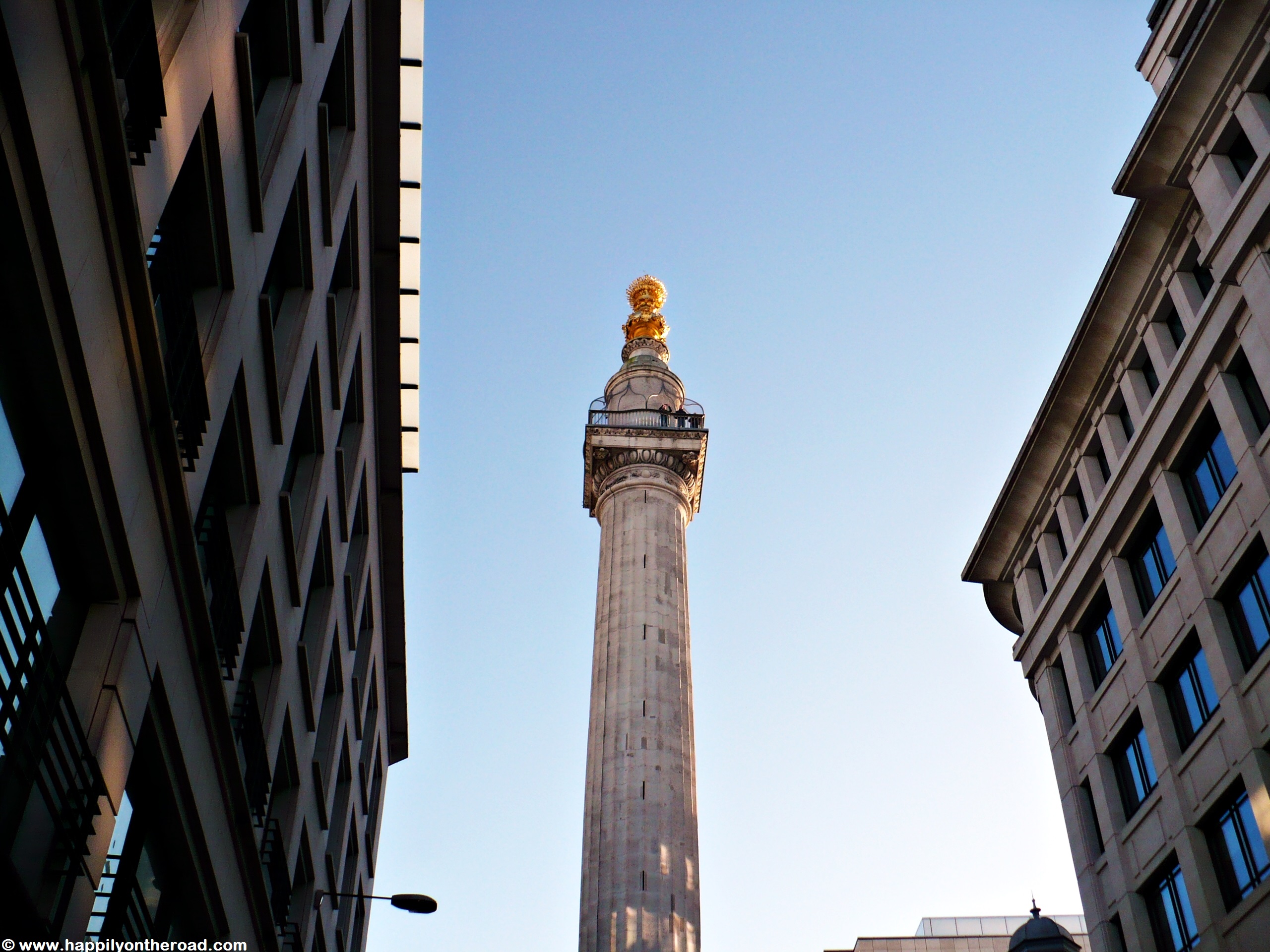 Golden fire ball on top of the Monument, symbol of the Great Fire

The panorama from above is spectacular and it’s worth the fatigue of the climb. On one side you can admire the City with its skyscrapers, the Tower of London, the Tower Bridge and the Shard, as well as the rest of the 360-degree view. At the descent, the front desk staff will give you a certificate for having successfully climbed the 311 steps.

My tour in the City was over and it was time to take the tube towards Notting Hill. As I was heading to the tube station, I walked past Mansion House, London mayor’s home. I actually had been there before the morning, but I didn’t notice it at all. 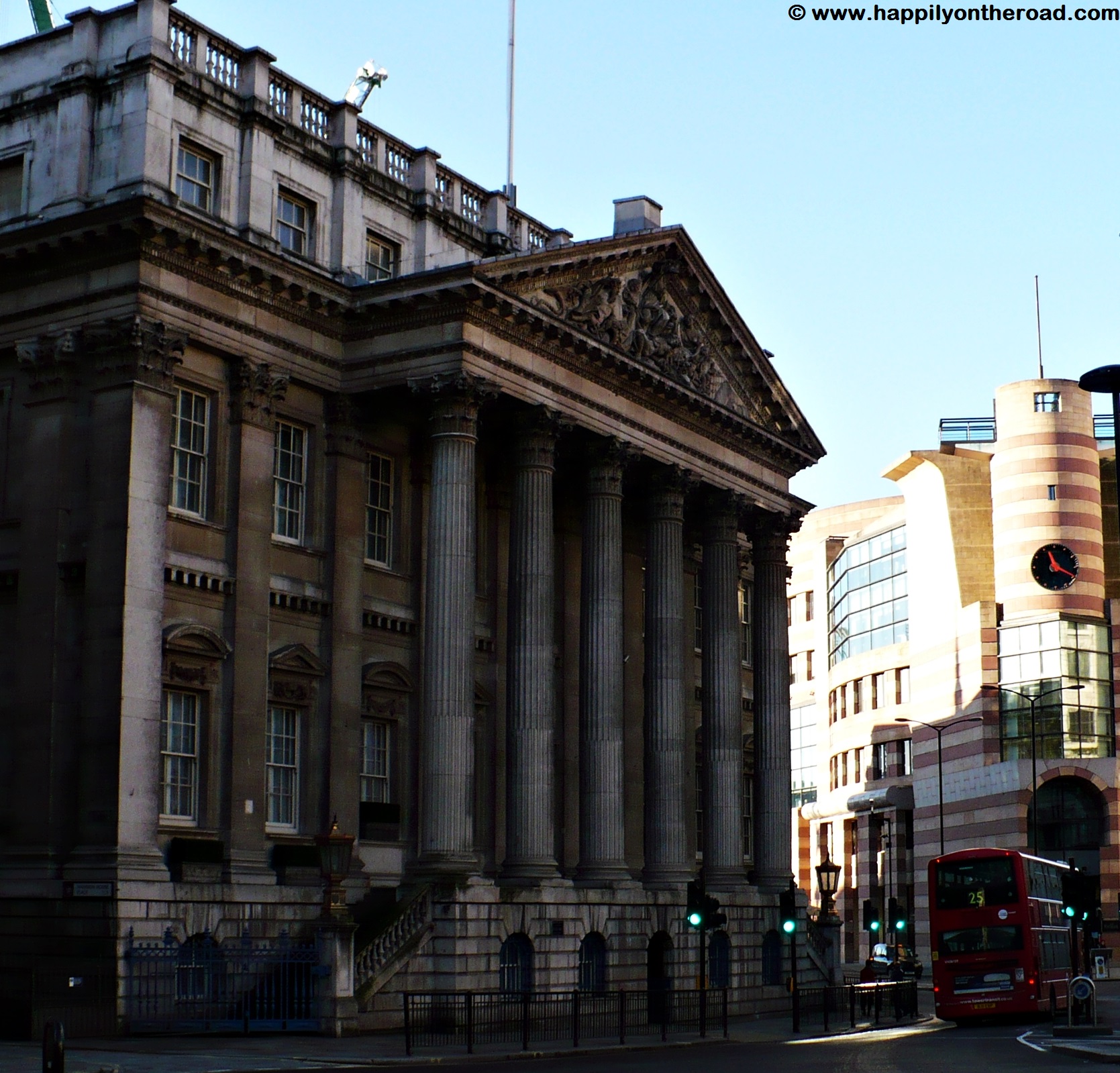 If you are a fan of the Notting Hill movie like me, you can not miss the namesake London district. You will be fascinated by its pastel-colored houses, its white Victorian and Georgian buildings and Portobello Road, the main attraction with its famous market. 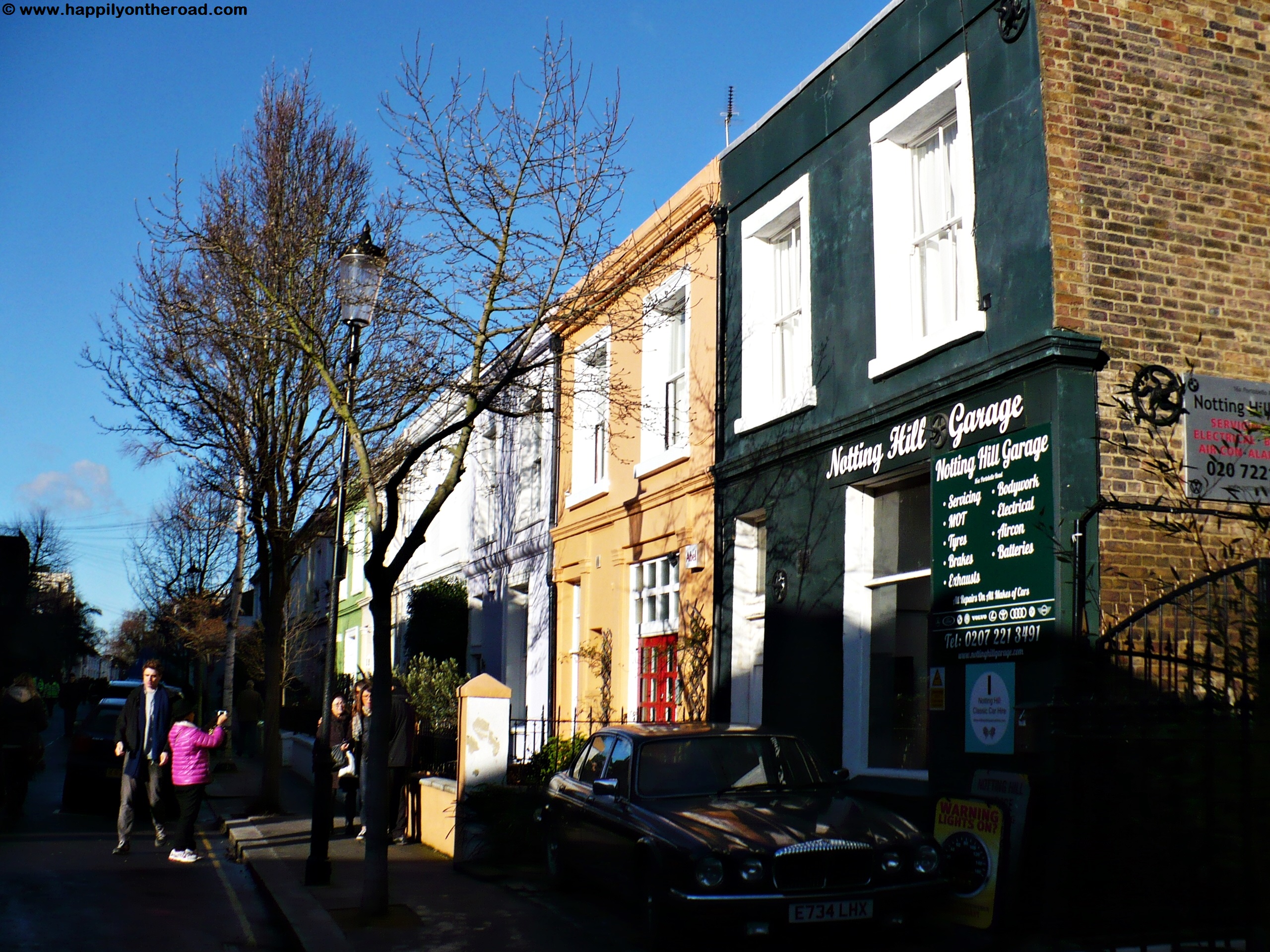 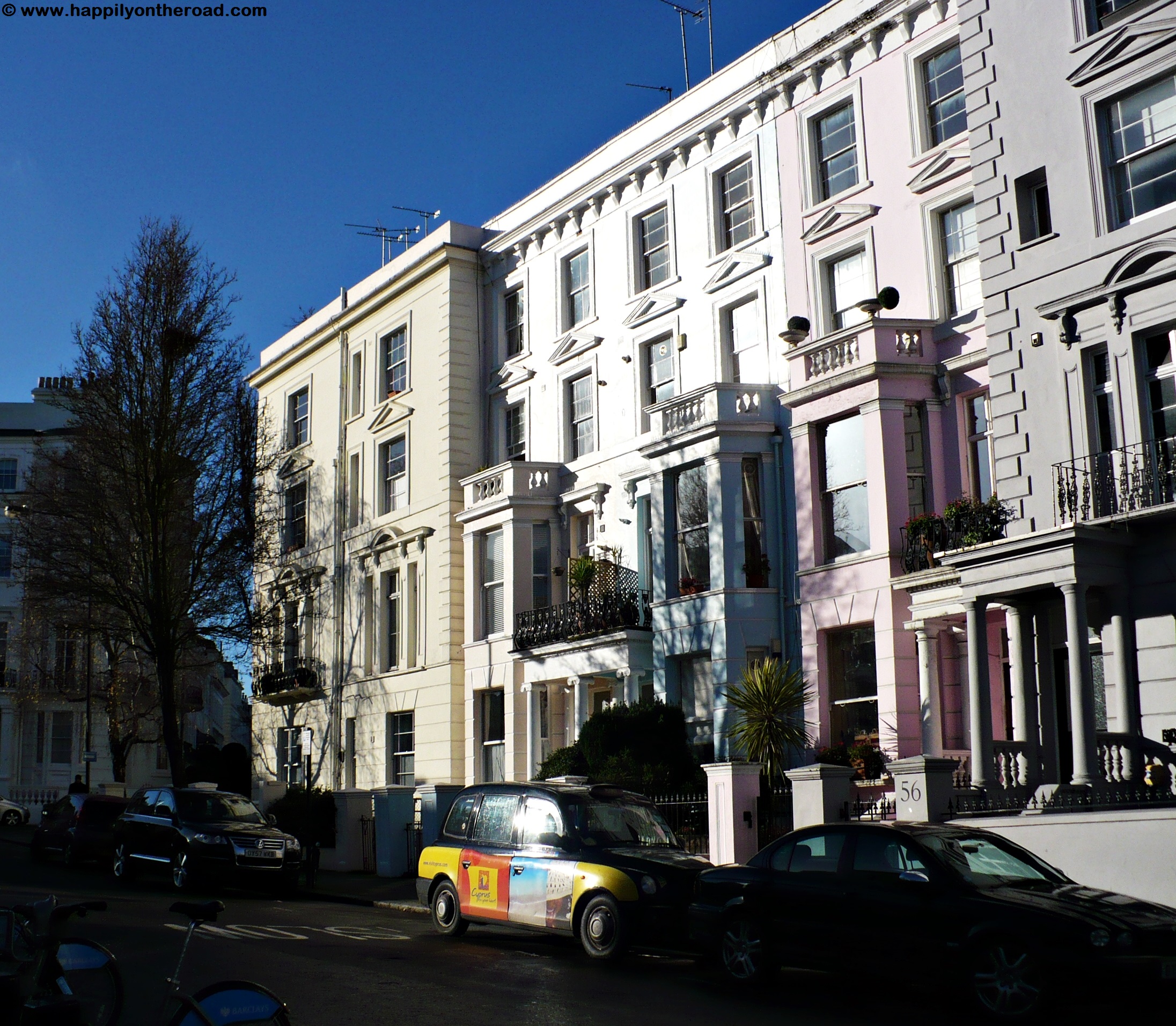 I ended up at the Portobello Road Market when it was overcrowded. Indeed, in addition to the daily market of groceries and various goods, you’ll find the antiques market on Saturdays. which has made Portobello Road famous in the world as a tourist attraction. 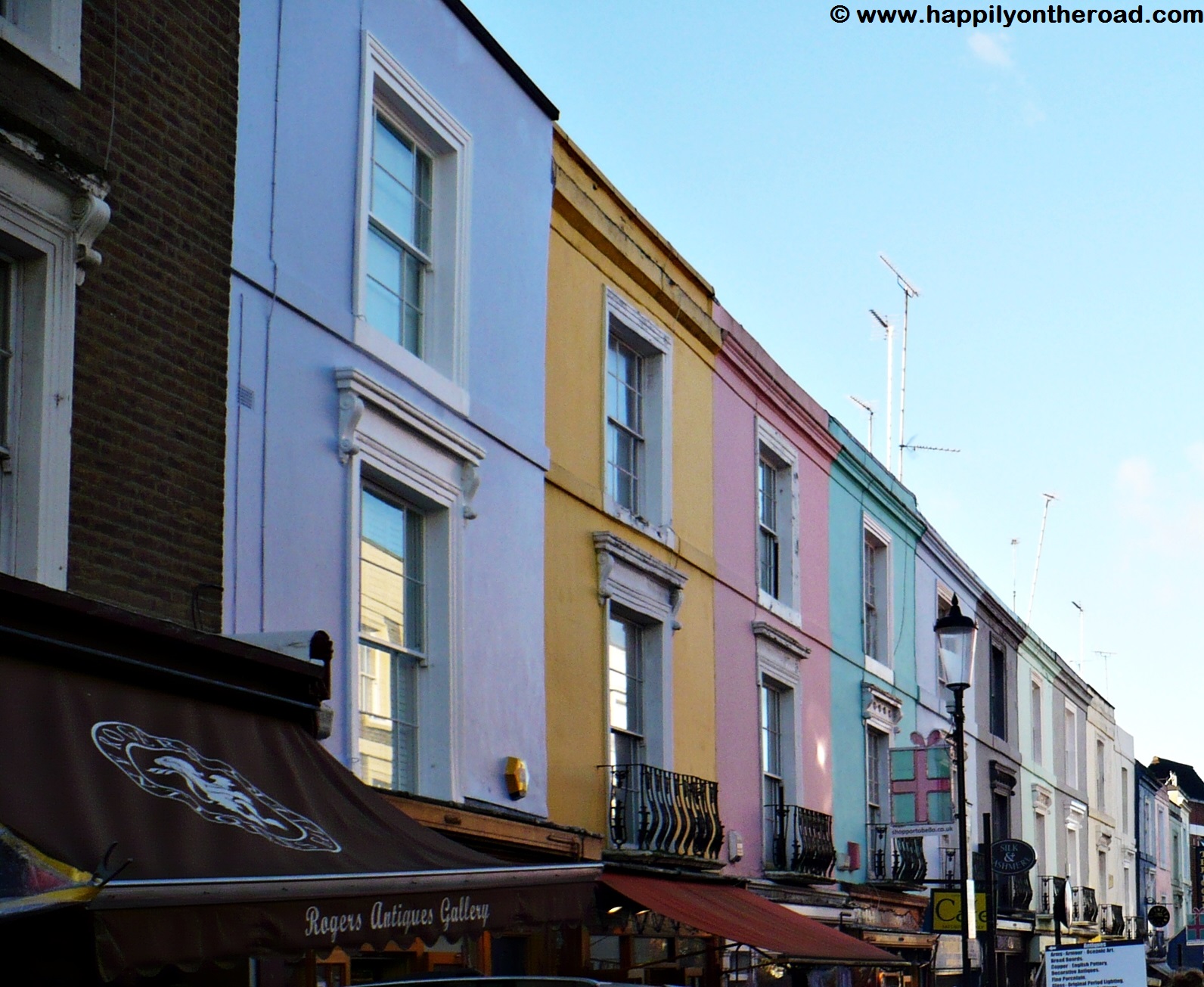 If you’re not interested in antiques and want to visit Portobello Road in a quieter way, I recommend you to do this on week days. On a trip to London I took later, I visited Notting Hill on a Wednesday afternoon and could enjoy the time spent there much better. There were only a few tourists who turned around for the many souvenir shops and a few fruit and vegetable stalls, nothing more – your photos will thank you a lot!!! 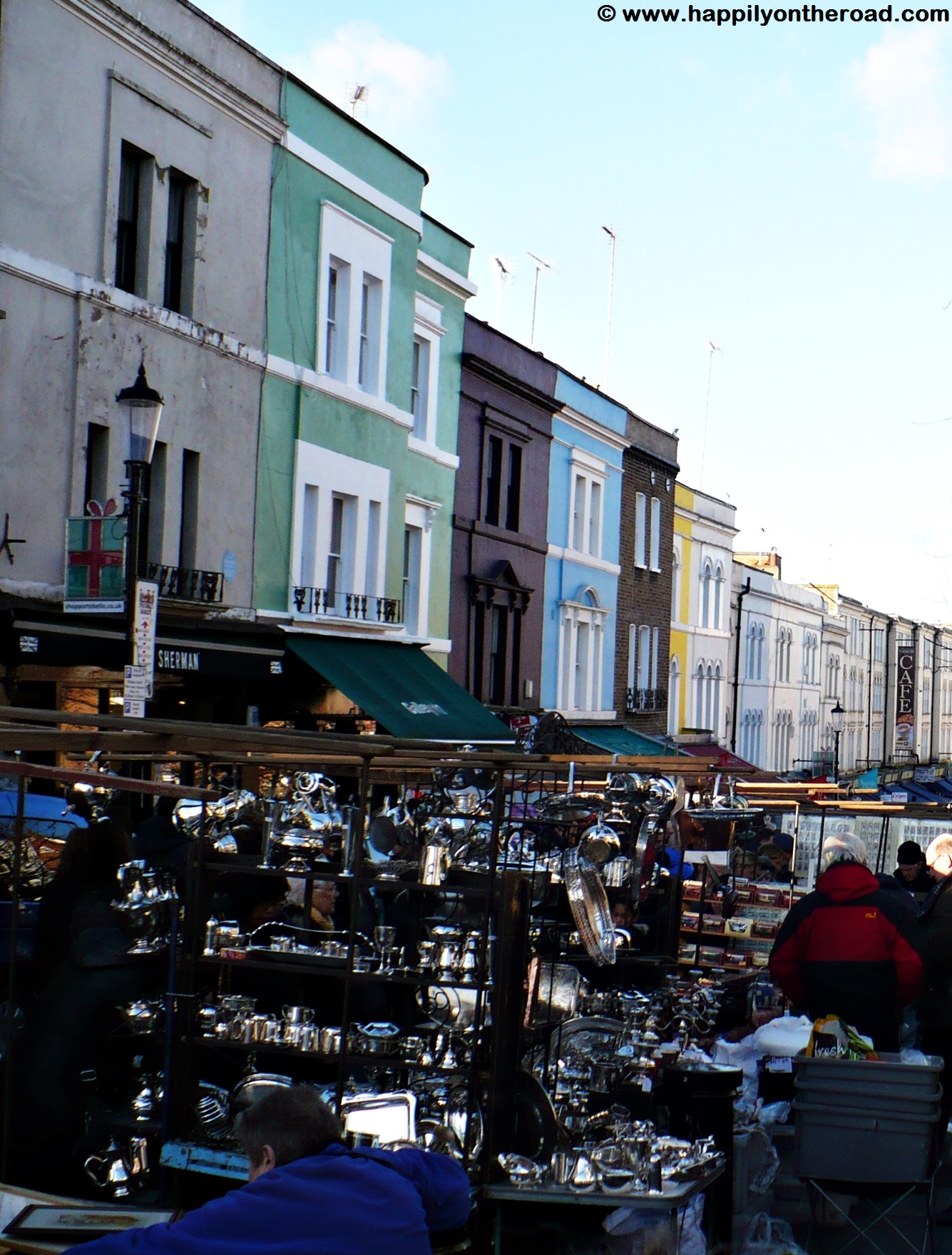 Walking around Notting Hill, you will also find some of the movie’s locations: at 142 of Portobello Road is located William Thacker’s travel book shop, played by Hugh Grant; actually, there is no book shop there. On that trip, there was a vintage shop in that room, while there was a souvenir shop the last time I was in London. The real book shop that inspired the one in the film is in Notting Hill, at 13 of Blenheim Crescent. 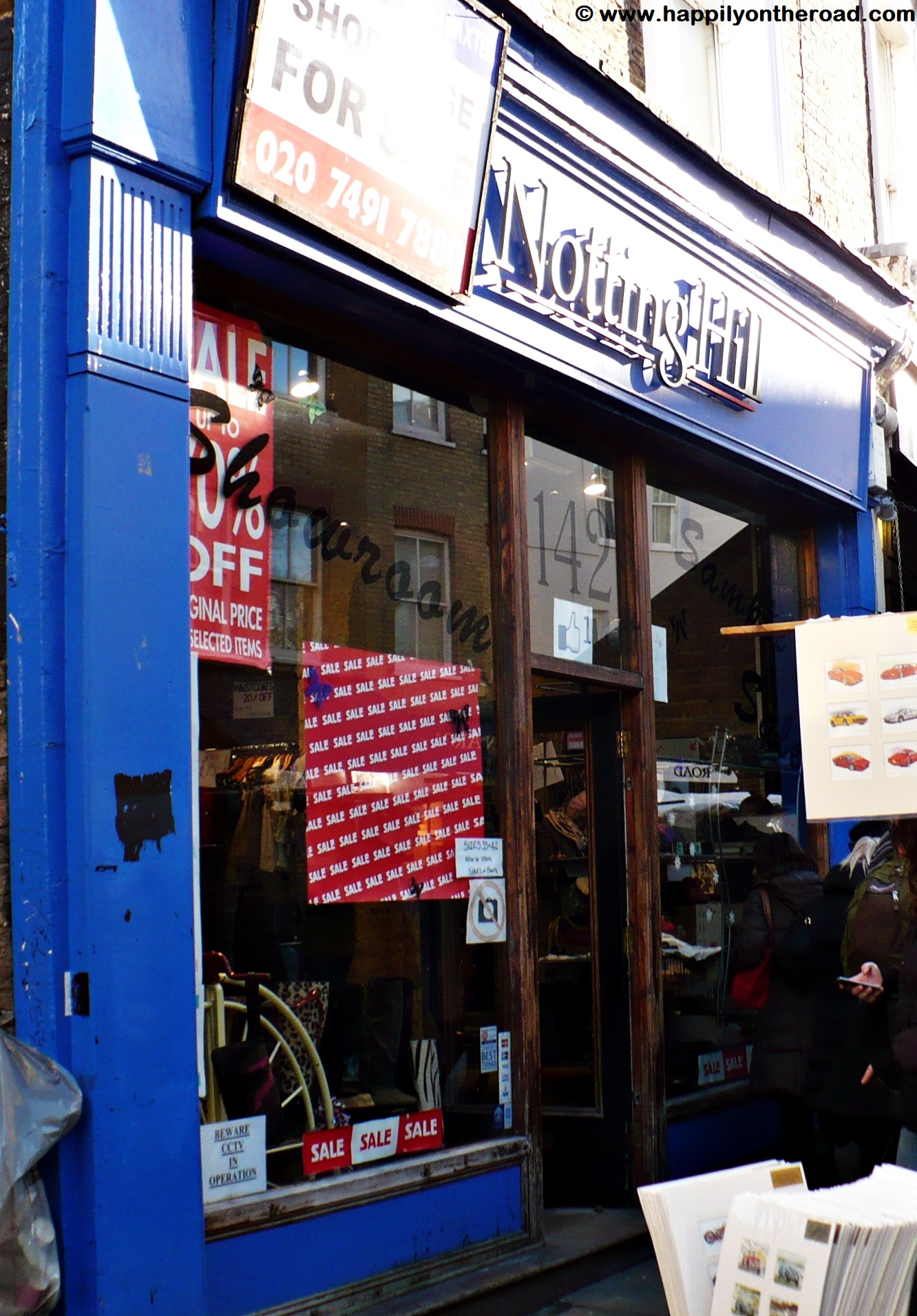 Walking along Portobello Road up to the Coffee Republic, at 280 Westbourne Park Road you will find the “house with the blue door” of the protagonist William Thacker right on the opposite side of the bar. 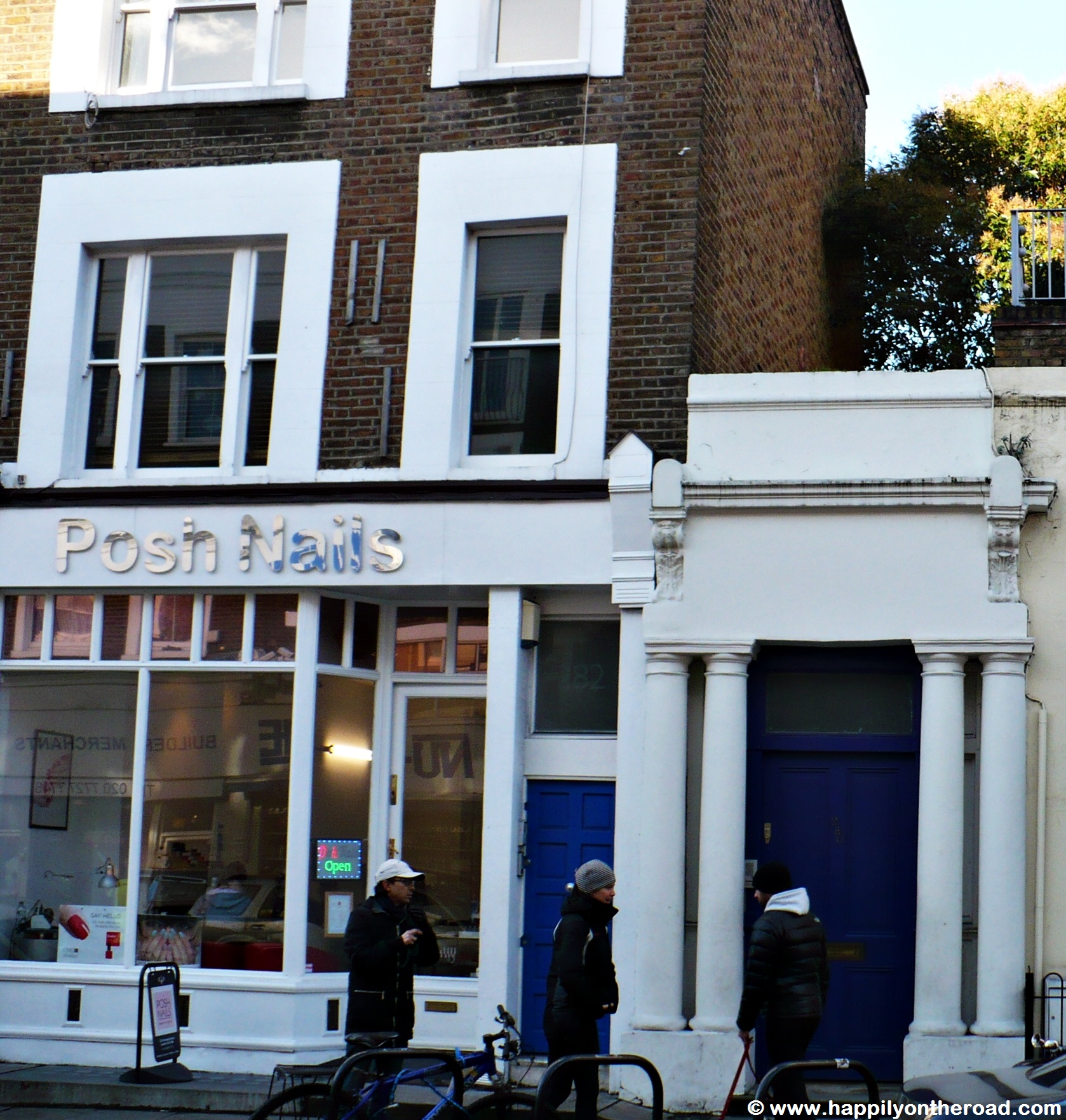 The house with the blue door from the Notting Hill movie 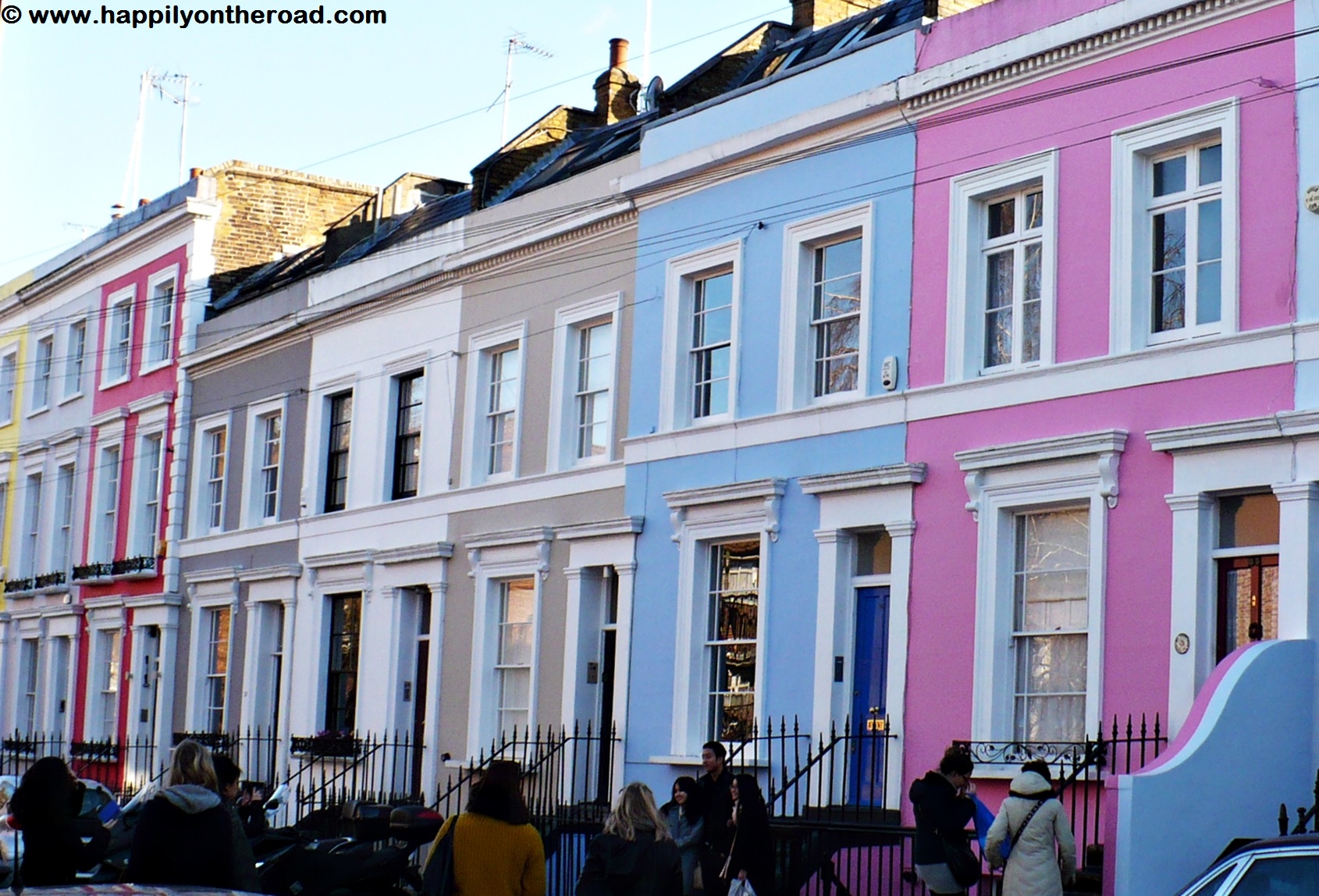 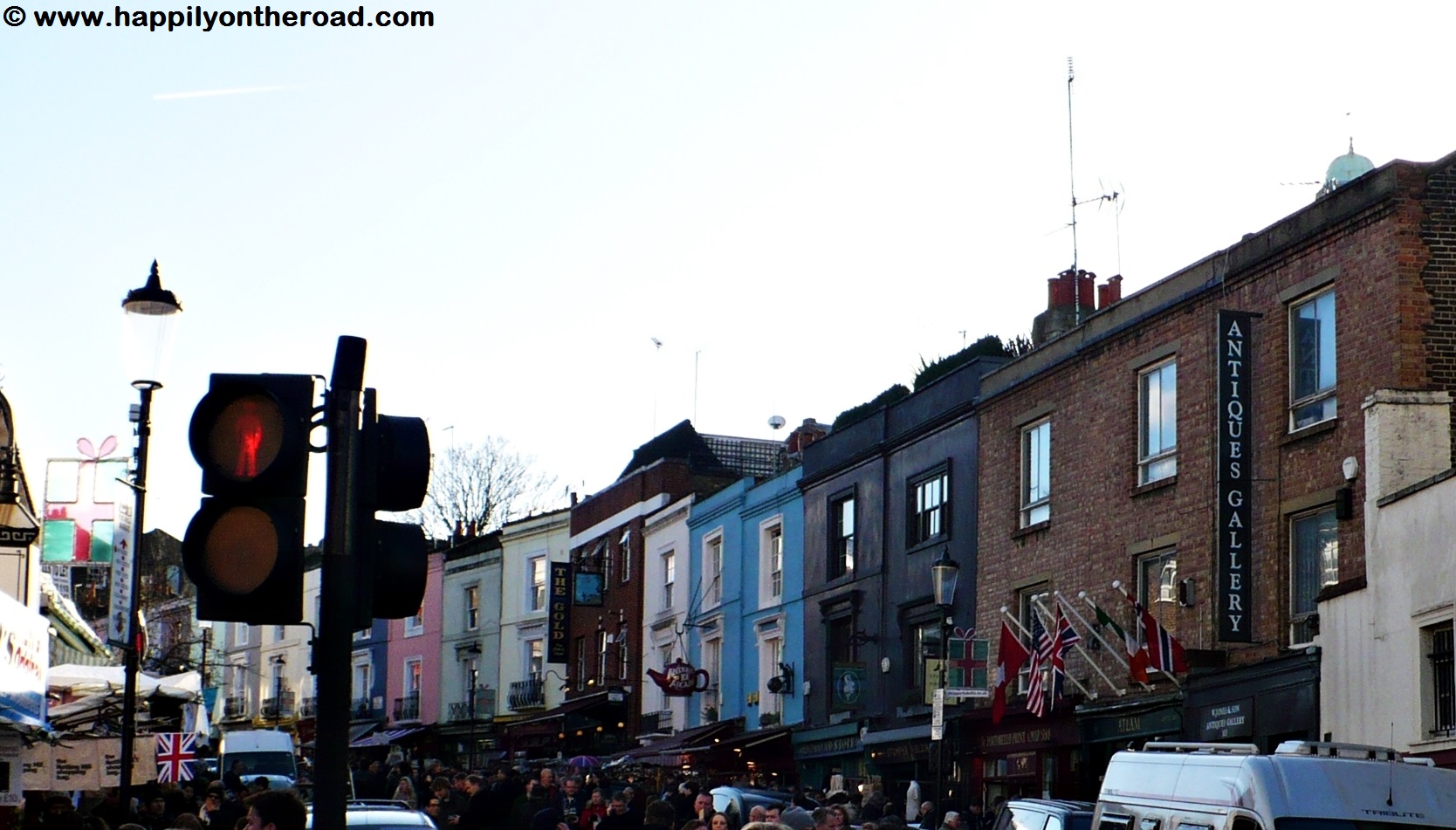 With my visit to Notting Hill I finished my first solo trip. I had dreamed of London since I was a kid and I had finally seen it. I found a lively, vibrant city, of which you can never have enough. The best way to visit London is on foot as much as possible: walking around the city makes you see a miniature world, a city that welcomes cultures and people from everywhere. And you can see and feel it in every corner of the city, when people from all over the world dress up with their colorful traditional clothes of their country of origin, or simply by smelling the scents coming from the many ethnic restaurants scattered around London. Each time it’s such a pleasure to go back to London and it’s impossible not to fall in love with this kaleidoscopic city. 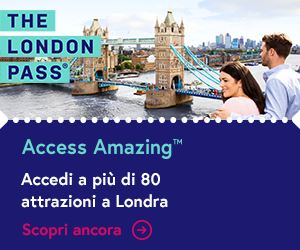 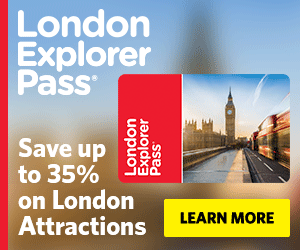 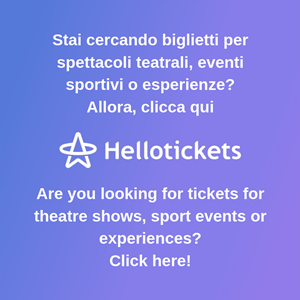 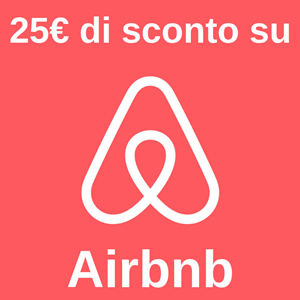