Home » Europe » France » Lyonese cuisine: what and where to eat in Lyon

Lyonese cuisine: what and where to eat in Lyon

As I told you in the post about my trip to Lyon, the regional capital of the Rhône-Alpes region is the gastronomic capital of French cuisine. It is no coincidence that Lyon boasts the highest number of Michelin-starred restaurants after Paris. For this reason I decided to talk about the Lyonese cuisine.

Where to eat in Lyon: the bouchons

If you happen to take a trip to Lyon, you must try its cuisine. Traveling means knowing the people who host us, knowing their customs and traditions. And what better way to know its traditions than through the cuisine?

If in Lyon you want to eat the real Lyonese cuisine, you have to opt for one of the many bouchons scattered in the streets of the old town. They are in practice the old inns that formerly hosted workers. This tradition is visible in their furnishings, since they are almost always furnished with work tools, such as scythes, tractors, etc. They are very small rooms, where tables with checked tablecloths are arranged rather close to each other – actually a few centimeters apart from each other – but the atmosphere inside them is very welcoming.

Miniature reproduction of a Lyon’s bouchon at the Miniature Museum

Interior of a Lyon’s bouchon

Typical dishes of the Lyonese cuisine

After saying where to eat the traditional Lyonese cuisine, here are its typical dishes. Many of their names will become very familiar to you walking through Lyon, because you will often find them written on menus outside the bouchons. It is a bourgeois cuisine, but made with poor ingredients.

Let’s start with the appetizers.Well, certainly the most famous appetizer of the Lyonese cuisine is the salade lyonnaise (Lyonnaise salad): green salad served with crispy bacon cubes, croutons and poached egg.I tried it and it’s really delicious. 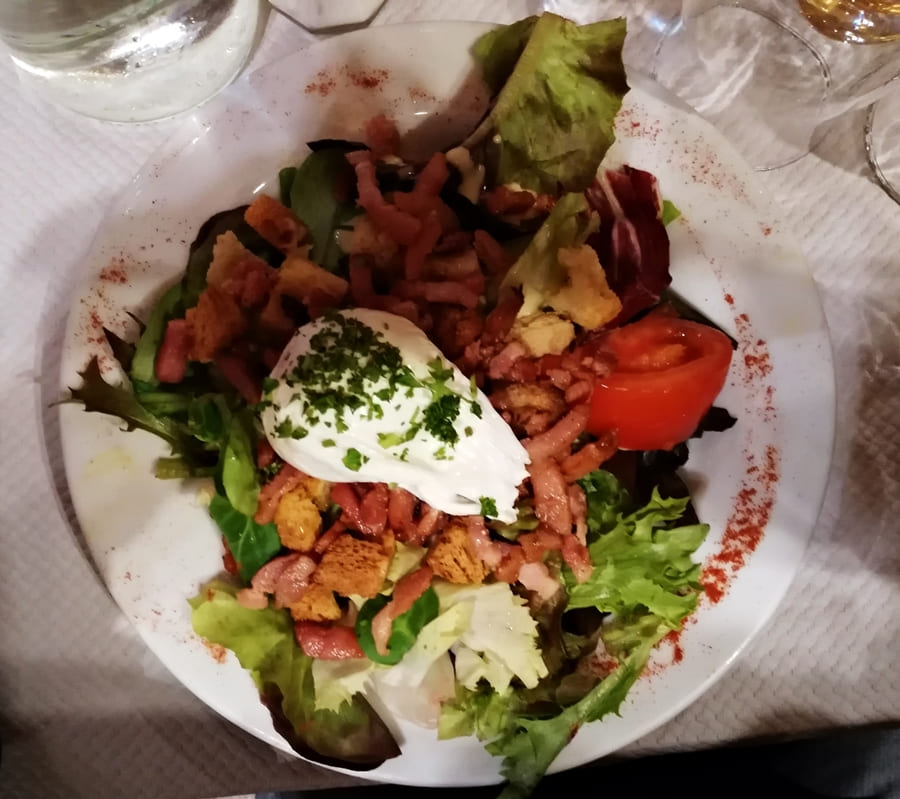 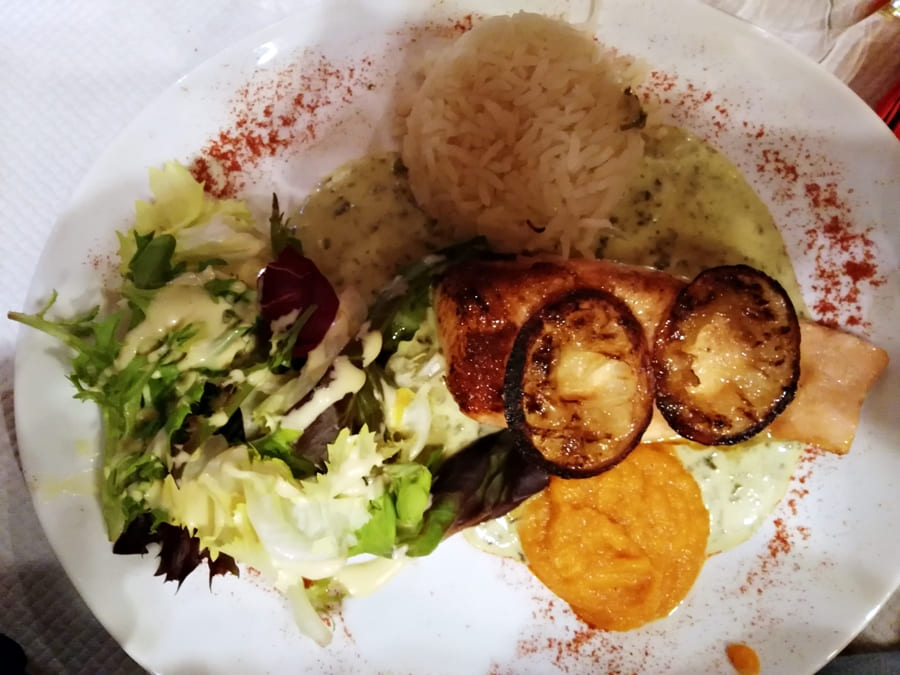 Typical of the Lyonese cuisine are also some local cheeses, which are often served in bouchons as an alternative to dessert. The most famous is the cervelle de canuts: don’t be fooled by the name (literally means “brain of the silk workers”), because it is a fresh goat cheese, mixed with chives, garlic, shallots, salt, pepper, vinegar and oil. Other typical cheeses are the Saint-Marcellin, the Saint-Félicien and the Rigotte de Condrieu, soft cheeses with hard rind.

Walking through Lyon, especially in the old town, you will find many confectioneries with beautiful windows and you will smell the inviting scent of freshly baked brioche. As typical desserts we find the Coussins de Lyon (sweets made of almond paste and chocolate), chocolates of all kinds, the colorful macarons, the gâteau de Saint-Genix (a brioche covered with red sugar crystals – you will see many of them in pastry shop windows) and pogne de Romans (orange-flavored brioche). 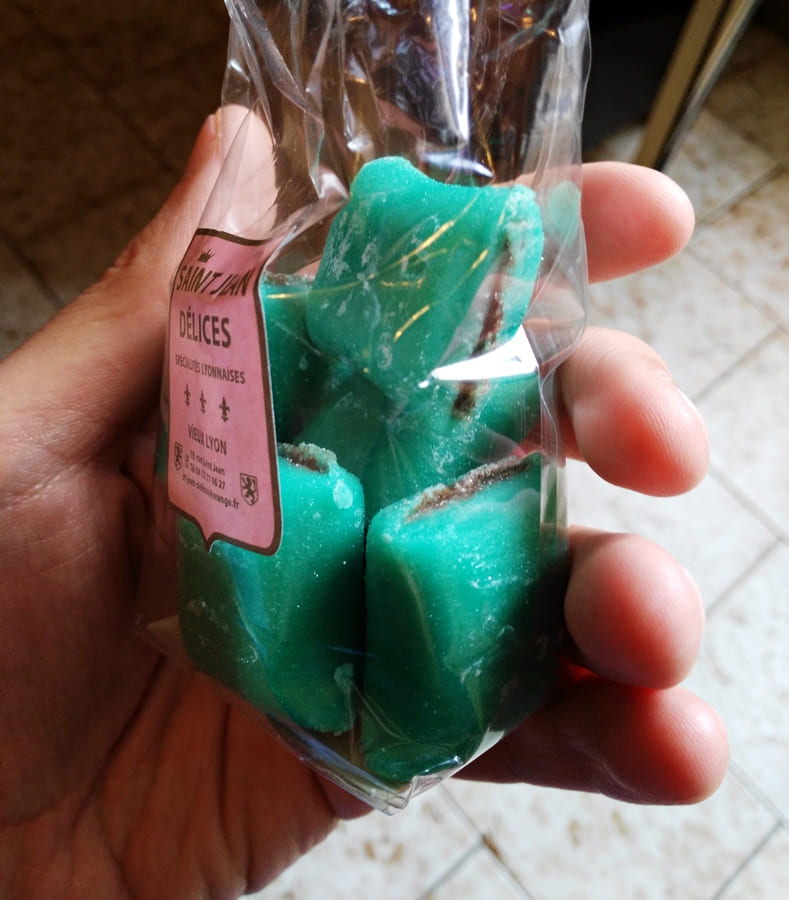 The Lyonese cuisine offers dishes for all tastes, so I think you’ll all be satisfied.I recommend it, try it if you happen to go to Lyon.

P.s.: just to give you an indication, the bouchon where I went, is called Les Pavés de Saint-Jean and is located at 23 rue Saint Jean, not far from the Cathedral. I advise you to go to the bouchon in the evening, because you will come out really full and I don’t know if you would be able to tour the city after a hearty lunch 😀 Another advice is to move in time, because the bouchons are very small and the number of seats is really limited. You would risk entering and being kindly accompanied to the door.

Here is the video of the trip taken from my YouTube Channel: