Kronborg Castle is usually remembered as the place where William Shakespeare set one of his most famous works, Hamlet. In reality, the castle is not only this but a place rich in history and legends.

How to get to Kronborg Castle from Copenhagen

Kronborg Castle is located in Helsingør, a town about 45 kilometers away from Copenhagen. It is located at the point of maximum proximity between Denmark and Sweden. In fact, ferries depart from Helsingør for Helsingborg (Sweden), covering the 4 kilometers distance between the two countries.

Once in Helsingør, Kronborg Castle is a 10-minute walk from the train station. 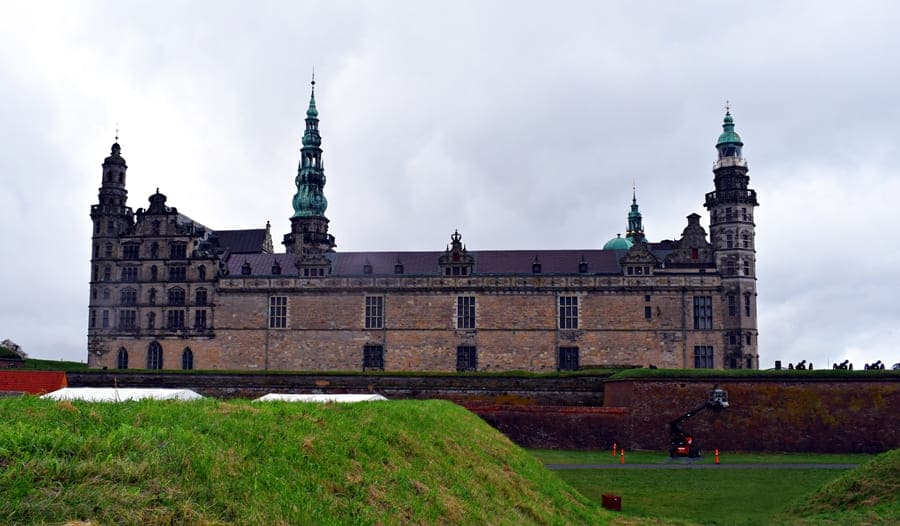 My visit to Kronborg Castle

I visited Kronborg Castle on the third and last day of my trip to Copenhagen. When we arrived in Helsingør after a 45-minute train ride. A drizzle welcomed us. Once out of the station, we reached the castle in about 10 minutes. At the gates we found some guys dressed-up as guards.

Before visiting the inside of the castle, we took a ride along its walls. From there, it is possible to see the Swedish coast. Kronborg Castle assumed a very important role in Northern Europe, precisely because of its position.

Kronborg Castle was built in 1420 by King Eric of Pomerania. Its position was strategic to control the passage of ships in the strait dividing Denmark and Sweden.

The current name Kronborg was given by the Danish king Frederik II, who enlarged the castle, making it one of the largest Renaissance castles in Northern Europe. However, in 1629 Kronborg Castle was victim of a devastating fire, from which only the Chapel emerged unscathed. King Christian IV commissioned to his royal architect to rebuild the castle and restore it to its former glory. But the castle’s misfortunes didn’t end there, because later it was conquered by the Swedes and the interiors devastated again.

After this episode, further work was carried to strengthen its walls, becoming one of the most impregnable fortresses in Europe. Since 1739, the castle began to be used as a prison for slaves, losing its importance over the years, above all when it started to be used only for military purposes. During this period, some restoration works were carried out, which led the castle to the aspect we see it today. It was declared a UNESCO World Heritage Site in 2000. 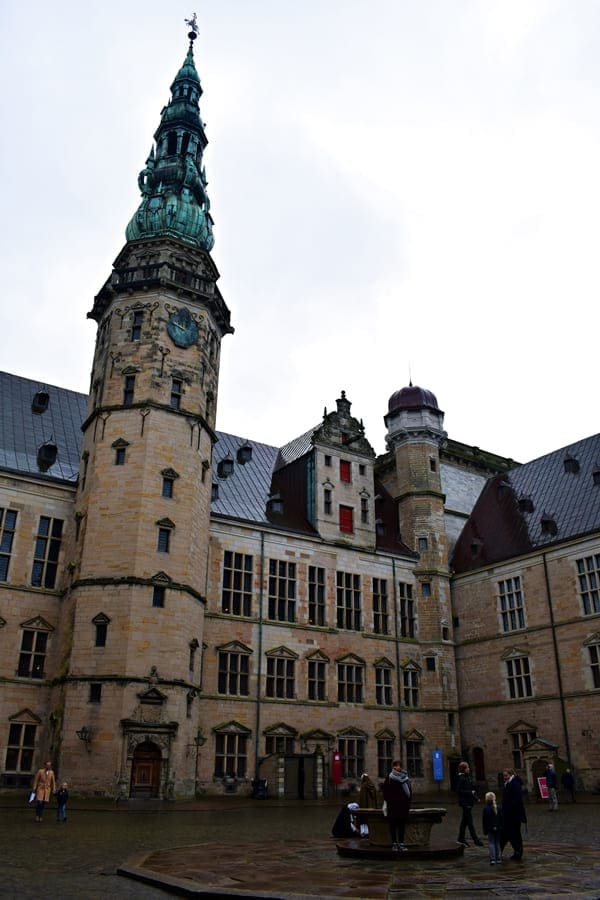 Kronborg Castle: between history and legend

What you have read so far is the history of Kronborg Castle. It has become famous all over the world for being the castle in which Shakespeare’s Hamlet is set. However this castle has another meaning for the Danes. According to legend, Ogier the Dane (Holger Danske in Danish) sleeps in Kronborg Castle, covered by his long beard, ready to awaken to defend Denmark when it is in danger.

It is known for certain that William Shakespeare never set foot at Kronborg Castle, although there are some details in Hamlet that make think he witnessed life inside the castle. Probably, this is due to the fact that Kronborg Castle was well known in Europe or that some actor of his company had played at it.

What to see at Kronborg Castle

Some rooms of the castle will give you an idea of how it used to be in its moment of maximum splendor. Compared to Frederiksborg Castle visited the day before, I found the rooms barer, as most of the furniture is being exhibited in some museums in Copenhagen (first of all the National Museum of Fine Arts and Frederiksborg precisely).

Apart from that, I recommend to visit it anyway. The most interesting environments are the Royal Apartments, the Hall of the King and Queen, the Ballroom, still used by the Queen of Denmark for receptions. 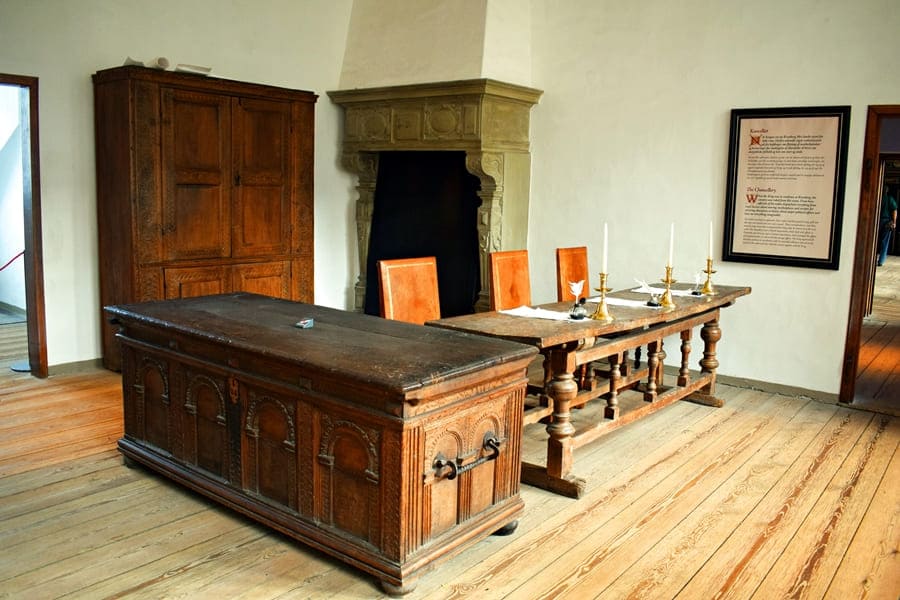 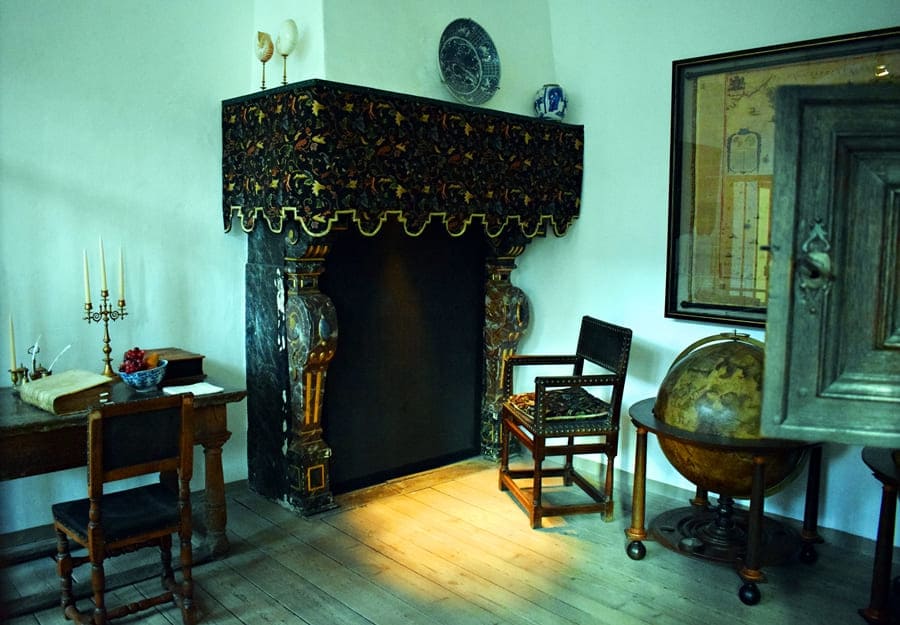 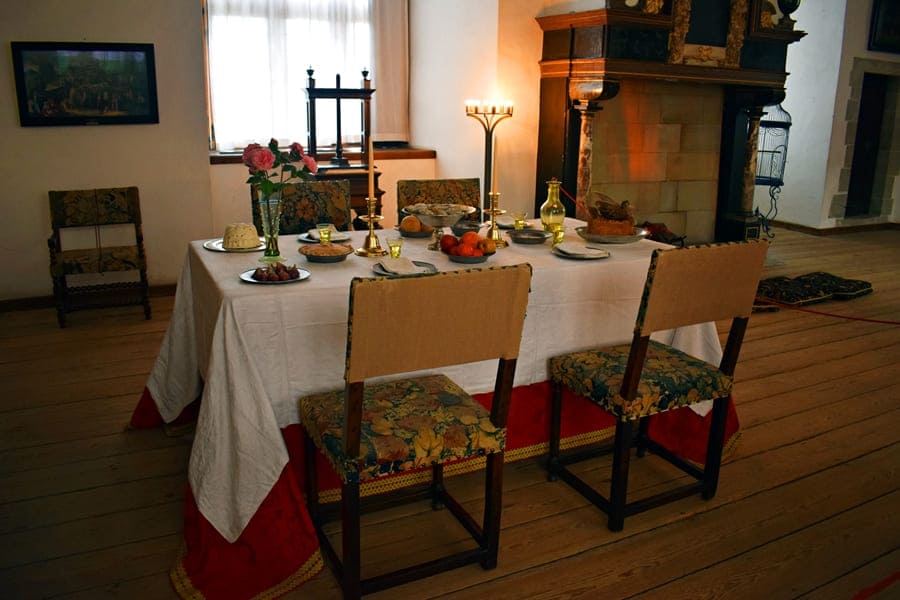 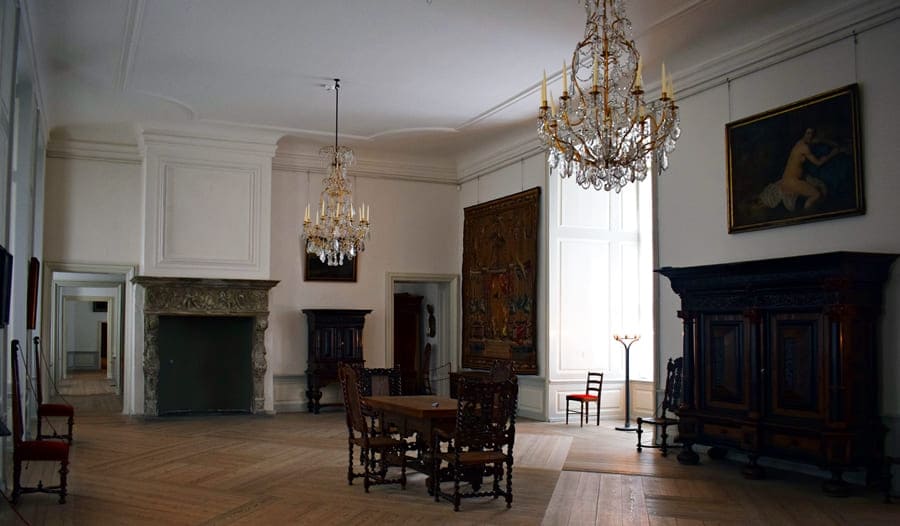 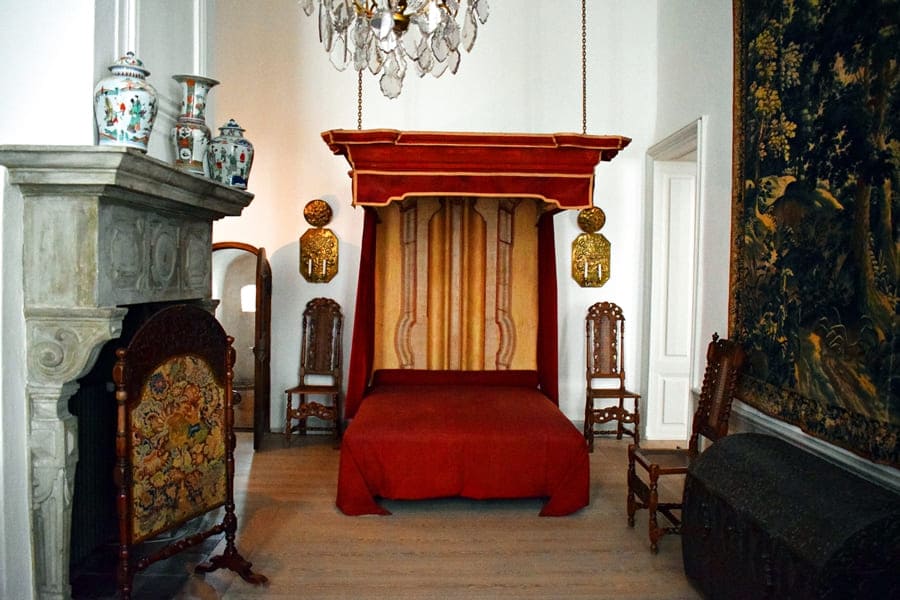 Just as we got into the Ballroom, some musicians started playing and two in Renaissance clothes dressed-up dancers performed dances of that era. 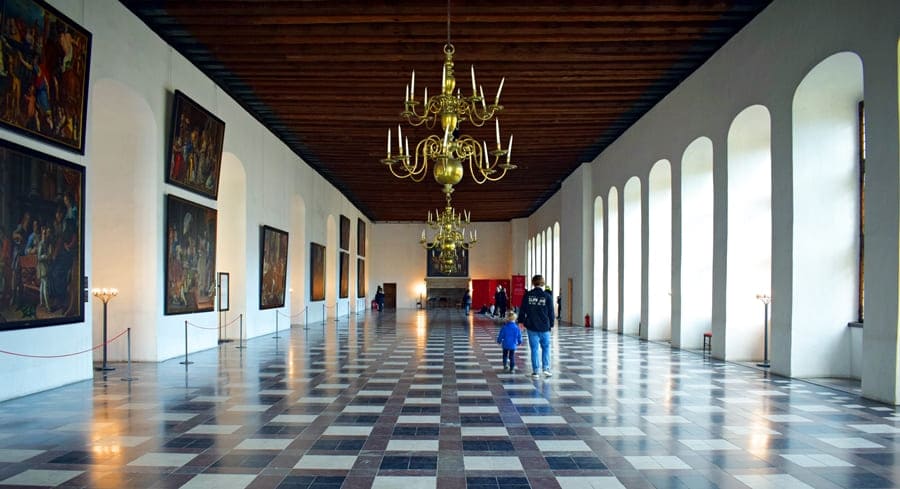 At Kronborg Castle, you can’t miss the Chapel, the only environment that came out without damage from the fire of 1629. Inside, you can see some carved furnishings that give an idea of how the Castle used to be before the fire. 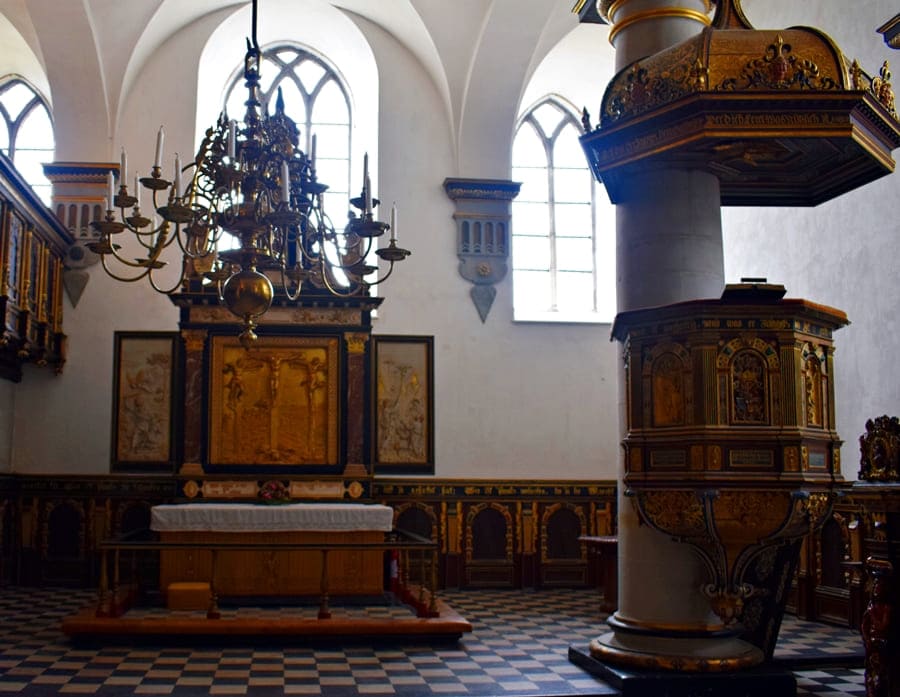 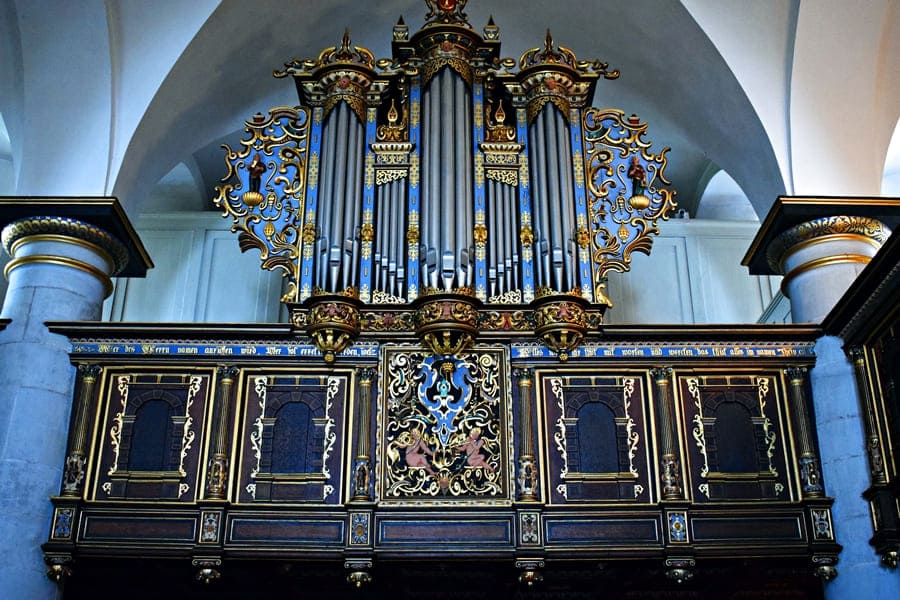 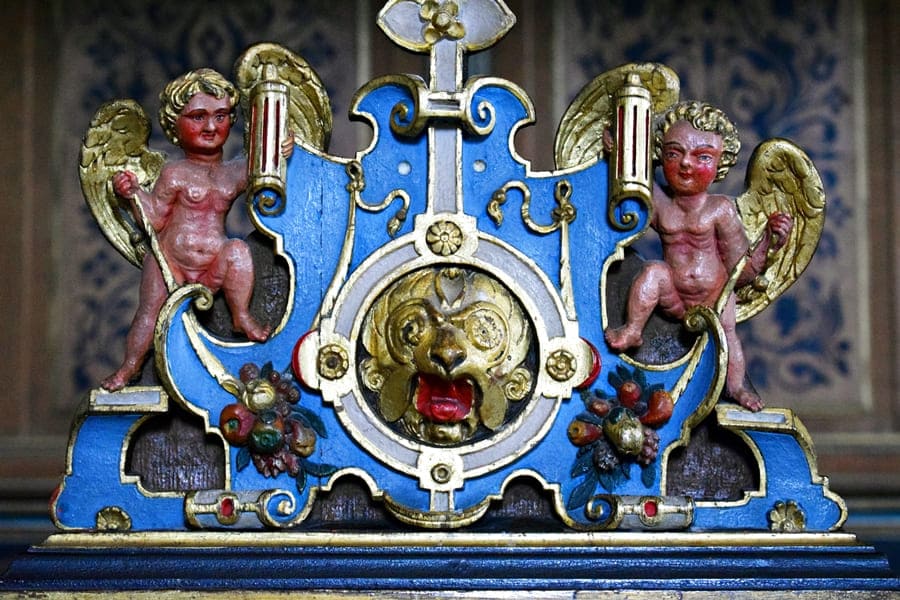 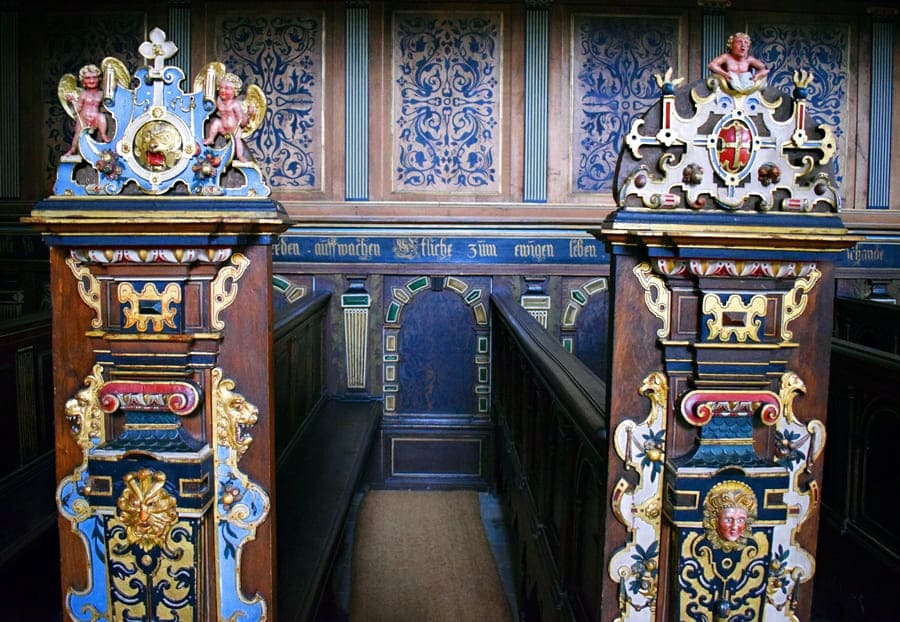 Another must-see is the Tapestry Room, where 7 tapestries depicting Danish kings are exhibited. Originally, the room contained 43 tapestries, but only 15 of them have survived to the present day. After visiting all the rooms of the castle, you can also go down in its basement, the so-called Casemates. In times of war, soldiers used to live there, while in periods of peace, these environments were used as prisons, blacksmiths’ workshops, stalls and guard posts. The Casemates are like labyrinths of tunnels and atriums, often dark, so I suggest you use the flashlight on your smartphone. The Casemates are also Holger Danske‘s home. Here, in fact, you find a large statue of this Danish hero, seated as he sleeps with folded arms and covered by his long beard.

What to see and where to eat in Helsingør

When we came out of Kronborg Castle, it was 2 o’clock in the afternoon. We were starving, so we started looking for a place to eat. The Værftets Madmarked is right next to the castle exit. It is located inside a shed and is a sort of street food market. There are several stands offering street food from different parts of the world.

My lunch at Værftets Madmarked

Alternatively, other places where to eat in Helsingør may be the premises located in the downtown streets, which offer the traditional Smørrebrød at cheaper prices than in Copenhagen. 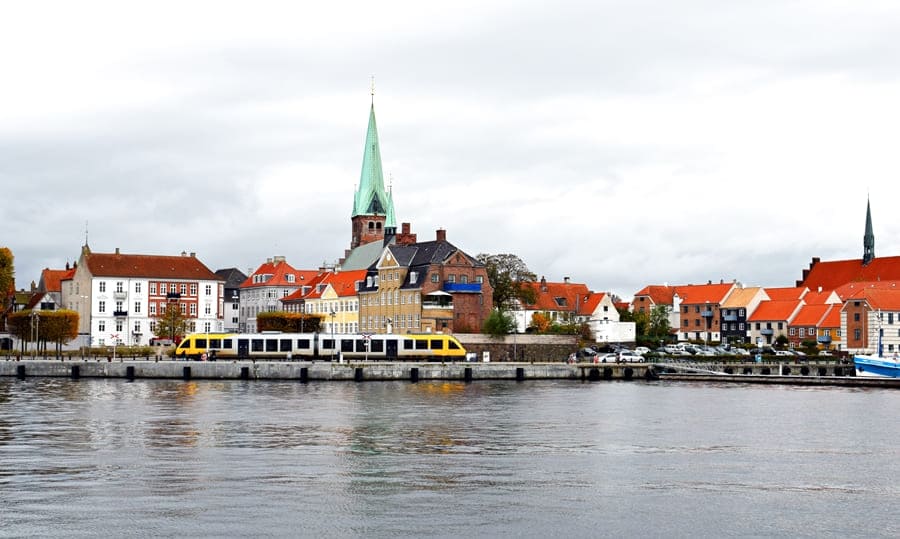 Helsingør seen from the marina

After having lunch, we took a walk at Helsingør marina, where you can see various artistic installations, including a male version of the Little Mermaid. 😀 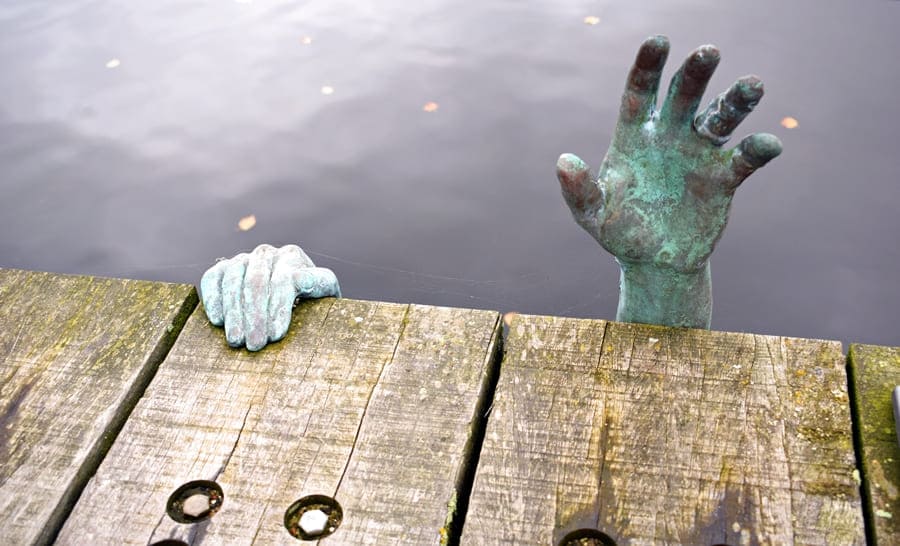 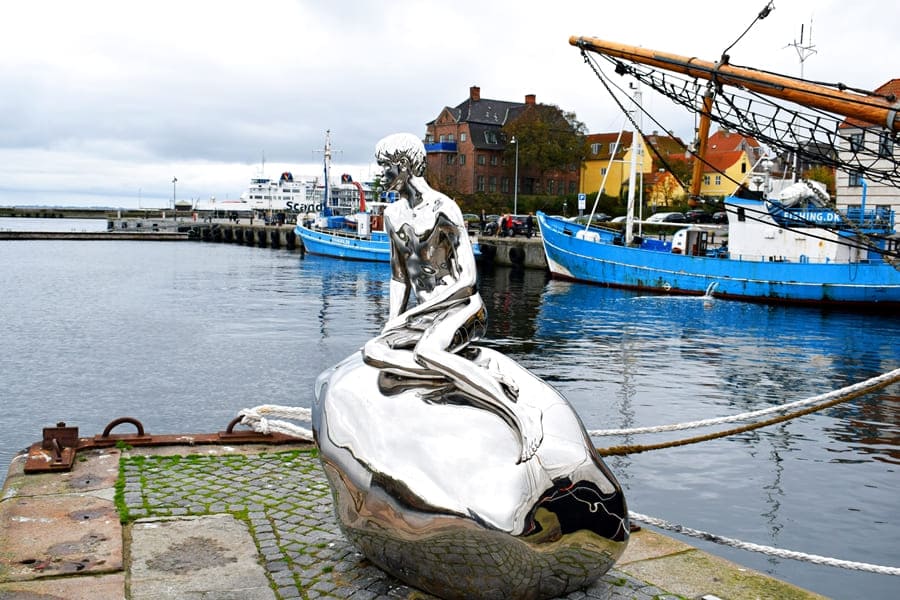 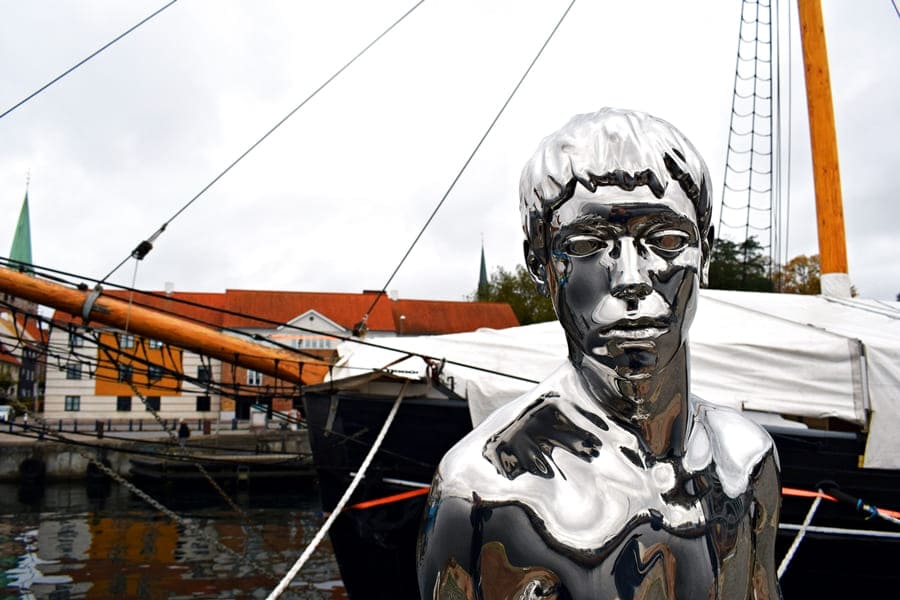 After the marina, we continued our walk through the streets of Helsingør centre, where we discovered a very peaceful and relaxed town, expression of Danish hygge. If you have time, you can visit the Danish Maritime Museum, the Library, the Cathedral and other churches in the town. 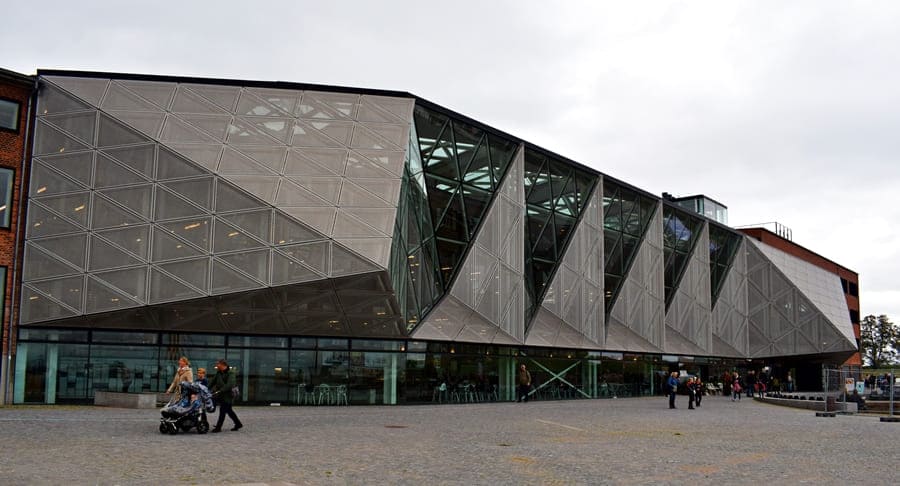 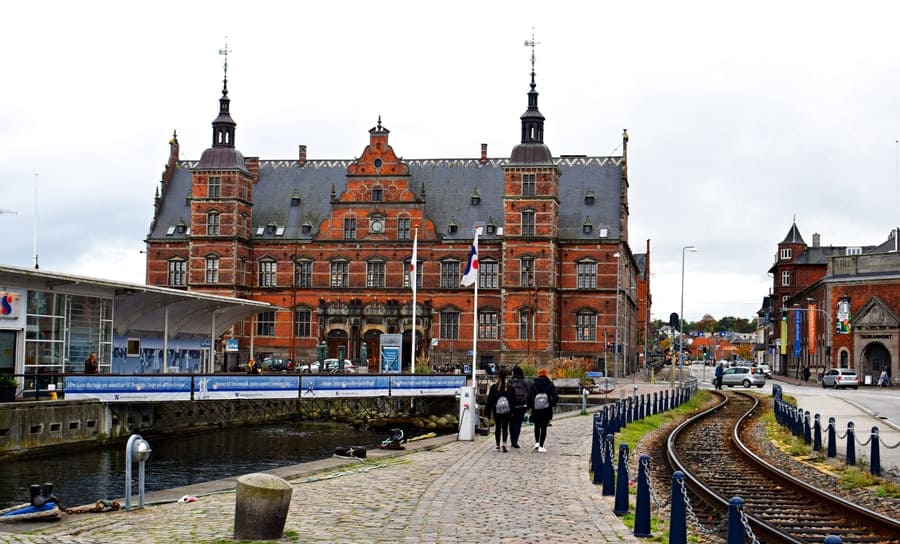 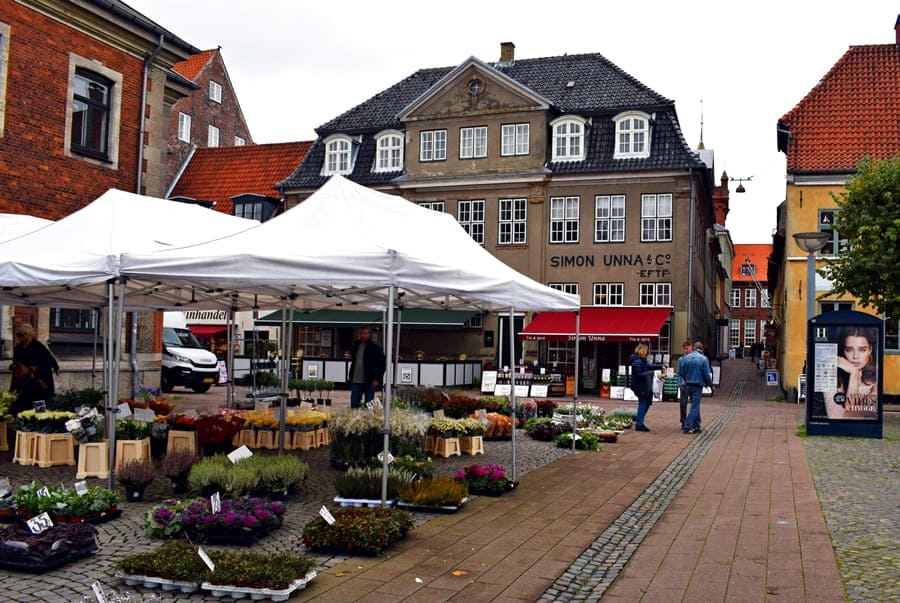 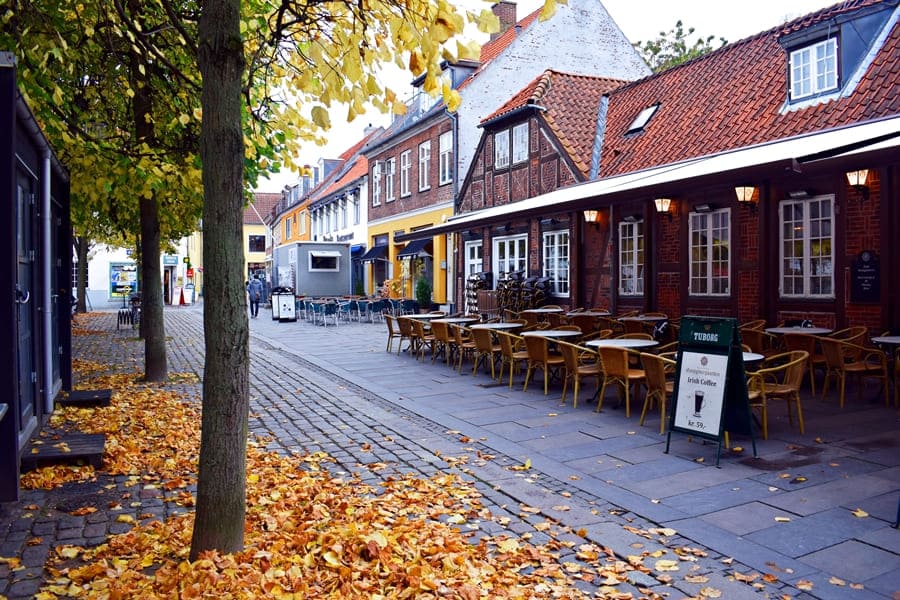 Some pics from a peaceful Helsingør

Unfortunately we had to go back to Copenhagen, because we had our return flight in the evening.